Productivity Growth (Or Lack Thereof) in the Age of Technology 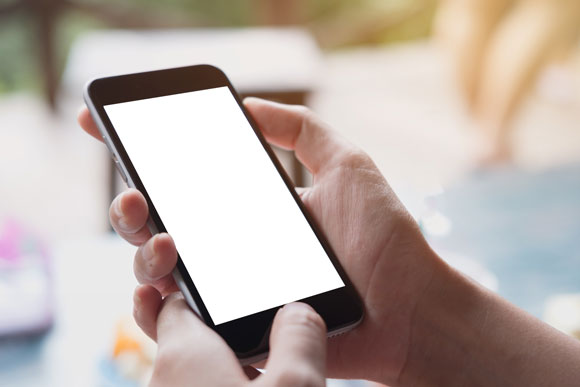 You can’t open a newspaper, of the online or paper variety, without coming across an article on productivity.

Productivity growth has been meager for the last decade. How to achieve productivity levels seen in the latter part of the 20th century and early part of this one has plagued the minds of economists, politicians and business leaders alike. 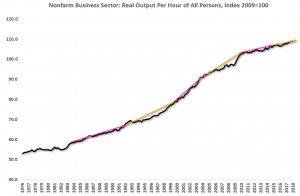 You may ask, why should we be bothered?

The only way an economy can afford to pay its workers more next year than last year, inflation aside, is if the business increases its output per unit of input. Broadly speaking everyone has to be producing more for the same amount of work in order to justify higher salaries, whether that is at the level of the company or the economy as a whole. Economic growth is not enough; it needs to be accompanied by productivity growth to achieve a rising standard of living.

The industrial revolution saw an unprecedented increase in productivity enabled by the automation and mechanization in factories of work that had previously been done by hand by artisanal workers. It was widely expected that the information technology revolution, particularly the internet, would deliver much the same increase in worker output.

But while it has undoubtedly revolutionized both businesses and our everyday lives, it has perplexingly failed to deliver the expected increase in productivity.

An article in the Financial Times makes an interesting contribution to the debate, whether you accept its point of view or not. Rana Foroohar this week penned a post entitled “The Productivity Conundrum” which, while light-hearted in tone, makes an intriguing proposition — maybe low productivity growth is not a failure of the system despite IT, but IT is actually part of the problem.

Foroohar quotes research by economist Alan Blinder who, and I quote, “has raised the possibility that high-speed digital technology – email, apps, etc – are actually reducing productivity by taking us away from our work.” Foroohar quotes other studies that suggest the average person touches his or her phone 2,617 times a day, every time potentially taking their attention away from work, not just for the seconds needed to read the message but for the time required to refocus on the original task.

On an anecdotal level, it is commonplace to see shoppers walking around supermarkets checking their phones or on Facebook. How much longer is that shopping trip taking than it would if they focused on the job in hand?

What is the answer?

Well, it’s not do away with iPhones, emails and messaging services.

The reality is we have all become too dependent on them, and while they may get in the way of our efficiency at work they can facilitate many other aspects of our lives.

The choice is not binary. One option many firms are experimenting with is staying offline for periods of the day when addressing a critical task. The focus that reducing distractions brings not only allows us to be more productive but also more creative, allowing us to not just work faster but work better.

I am not sure what the ideal balance would be. In reality, it is likely to be different for different workers depending on your role, but much like a dieter having to exert discipline in the choice of what to eat and when to eat it, I can already see there will be multiple pressures to maintain the current sloppy status quo. That’s why firms creating guidelines for staff is a good idea. Guidelines allows for role- or industry-specific variability to be accommodated, but also provide a framework for individuals adopt — much of the success of weight watchers is down to the shared nature of the endeavor.

Turn off that iPhone and close down that app for an hour — you never know, but you may actually be more productive (and less stressed) as a result.