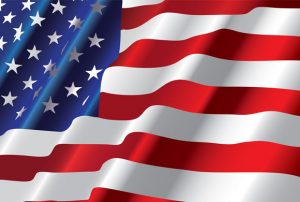 This morning in metals news, President Donald Trump signed an executive order Thursday pushing for increased use of domestic materials and labor, miner Glencore released its full-year production results for 2018, and the latest on the deadly dam breach at Vale’s Corrego do Feijao mine.

As part of a push to promote the use of U.S.-made materials and U.S. labor, Trump signed an executive order seeking to “strengthen Buy-American principles.”

The American Iron and Steel Institute (AISI) was among the industry groups to react to the signing.

Zinc production was flat from 2017, while nickel production picked up 13%.

The latest local estimate of the death toll stemming from a dam breach at Vale’s Corrego do Feijao mine in Brazil has been moved up to 110 dead, with 238 missing, according to Reuters.

In addition, according to the Reuters report, a local newspaper published an internal Vale study showing the miner was aware nearby areas were at risk if the tailings dam burst.

The tailings dam burst last Friday, marking the second such event at a Vale mine in recent years; previously, a late 2015 dam breach killed 19 at a mine jointly operated by Vale and Australian miner BHP.

On Friday, the miner released a statement on its emergency preparedness.

“Vale states that all its dams have a Emergency Action Plan for Mining Dams (PAEBM, Plano de Ação de Emergência de Barragens de Mineração), being in compliance with the Brazilian law,” the release states. “This plan is based on technical studies of hypothetical situations in case of dam breach. The PAEBM foresees what will be the flooding area and also the self-saving zone.”