Trump Reacts Angrily to Rebuttal of Offer to Buy Greenland 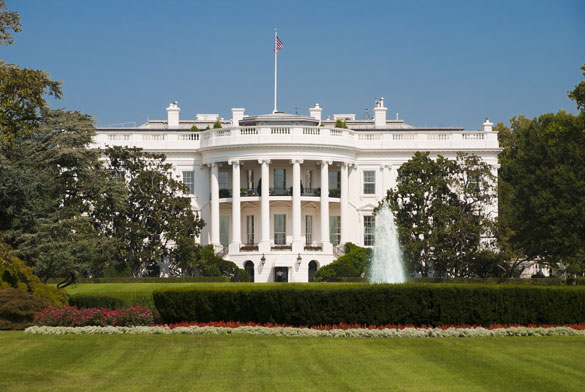 President Donald Trump’s suggestion that the U.S. could buy Greenland from Denmark was met with incredulity in Nuuk, Copenhagen and across Europe.

The prime minster added, “Thankfully, the time where you buy and sell other countries and populations is over. Let’s leave it there. Jokes aside, we will of course love to have an even closer strategic relationship with the United States.”

Frederiksen is said to have rejected Trump’s proposal, describing the notion of selling Greenland as “an absurd discussion.”

Strangely, Trump seems to have taken affront that the 58,000 population of Greenland did not want to be bought and sold like chattels. He then tried to lean on Denmark by commenting on how the U.S. protects Denmark and, as a result, should be more willing to sell its semi-autonomous territory (Greenland governs itself but relies on Denmark for its defense and foreign policy).

After being flatly refused by both Nuuk and Copenhagen, President Trump reacted in an apparent fit of pique, canceling his planned trip to Denmark next month.

Crass as the handling of this idea has been, it is not the first time the U.S. has tried to buy its massive neighbor.

Past Attempts to Buy Greenland

Greenland is 25% the size of the U.S. despite only having a tiny fraction of its population. According to the Times, former President Harry Truman offered to buy the island in 1946 after World War II as a buffer against perceived Soviet expansion.

Maybe Trump saw it as an opportunity to seal his legacy in the history books, the paper suggests, alongside former Presidents Andrew Johnson and Thomas Jefferson. Johnson secured Alaska from Russia in 1876 and Jefferson bought Louisiana from France in 1803.

More likely, it was yet another badly handled act of diplomacy.

The U.S. interest in Greenland is increasing, as closer cooperation would be very much to both countries’ benefit.

However, suggesting you can buy a country and its whole population in the 21st century is, to put it mildly, insensitive.

A closer strategic alliance is another matter.

Since World War II, the U.S. has stationed some 600 personnel at its massive Thule airbase located 750 miles inside the Arctic Circle on Greenland’s northeast coast. The base is home to the U.S. Army’s global network of sensors, which are part of its ballistic missile early-warning system. 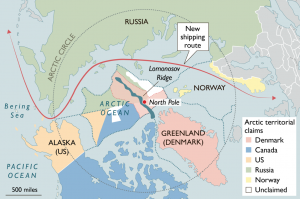 As the Arctic sea ice melts, both China and Russia are becoming increasingly active in the region, with China cooperating closely with Russia to develop its Arctic gas fields.

Matching China’s military and strategic influence, the Asian rival has been equally active on the commercial front. Greenland has lost 280 billion tons of ice a year since 2002, gradually opening up its coastal regions for exploitation.

Home to some 25% of the world’s rare earth elements, it is maybe no surprise China holds 11% of Australian exploration company Greenland Minerals, with rights to develop Greenland’s Kvanefjeld mine project on the southwest peninsula of the island. The rights include the proviso that ore mined in Greenland would be transferred to China for processing – maintaining China’s near monopoly on the rare earths market.

Ironically, Greenland had hoped it could secure independence from Denmark by replacing the $700 million a year Denmark subsidizes the island’s budget with oil revenues when oil was discovered offshore in 2010.

However, the oil price has collapsed because of — yes, you guessed it — the U.S. fracking industry, making Greenland’s fields currently uneconomical.

Greenland is blessed with abundant minerals beyond just rare earths and the U.S. is ideally placed to help develop them with a ready market on Greenland’s doorstep.

Nonetheless, whatever the logic of a closer cooperation may be, a more nuanced and sensitive approach will be required than offering to buy the country.