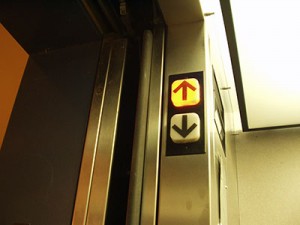 This morning in metals news, thyssenkrupp may have to sell its elevator business, U.S. Steel plans to move forward with investments at Gary Works despite idlings and a zinc exploration company filed a bankable feasibility study.

thyssenkrupp may have to sell its successful elevator business to save the German firm’s other segments, according to sources cited by Reuters.
According to the sources, an IPO for the elevator business would not take place until at least early 2020.
Need buying strategies for steel? Request your two-month free trial of MetalMiner’s Outlook

U.S. Steel plans to continue to move forward with planned investments at its Gary Works despite the recent idling of the plant’s Blast Furnace #8, the Times of Northwest Indiana reported.
Last year, U.S. Steel announced plans to invest a minimum of $750 million to “modernize and enhance” its Gary Works facility.

Superior Lake Resources, a zinc development company, unveiled its bankable feasibility results for its zinc project, claiming a net present value of U.S. $157 million.
The Superior Lake mining property in Ontario, Canada, was first discovered in 1879.
“The purpose of this BFS was to validate Superior Lake becoming a viable zinc operation,” Superior Lake CEO David Woodall said in a prepared statement. “This was clearly achieved, as the Study demonstrates the Project will generate strong cash flow throughout the nine-year mine life. The driving factor for the result was the low AISC (LOM – US$0.47 / lb), which, if brought into production, would rank the Project in the lowest quartile of producers globally.
For more efficient carbon steel buying strategies, take a free trial of MetalMiner’s Monthly Outlook!
“The development of the Project has been completed with the future in mind, as the decline will be in close proximity to each of the major geophysical anomalies that were identified in the 2019 exploration program, all of which are expected to be tested in the near future. A discovery at any of these anomalies would significantly change the parameters of the Project both in terms of mine life as well as production profile. In the coming months, the Company will focus on finalising off-take, equity and debt financing as well as completing an Optimisation Study whereupon a decision to mine will be made.”