ILZSG: Lead, zinc in deficit through first 10 months of 2019 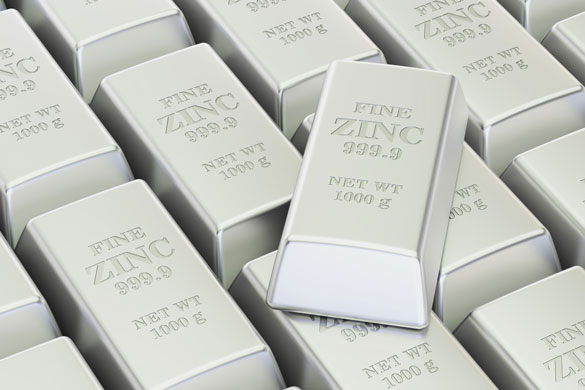 According to the International Lead and Zinc Study Group (ILZSG), global lead and zinc demand exceeded their respective supplies through the first 10 months of 2019.

Through the first 10 month of the year, lead demand exceeded supply by 81,000 tons, according to the ILZSG.

Lead mine production during the period reached 3.9 million tons, about flat on a year-over-year basis. Production increased in Europe, Australia, India, Mexico, Peru and South Africa but declined in Bolivia, China and Kazakhstan.

Lead metal production totaled 9.61 million tons, down 0.7% from 9.68 million tons in 2018. Production rose in India, the Republic of Korea and Mexico but was more than offset by declines in Argentina, Canada, Kazakhstan and Australia. Technical issues at Nyrstar’s Port Pirie smelter in Australia led to reduced output there.

Refined lead usage fell 0.5% to 9.69 million tons, with declines seen in the U.S., Japan and Europe.

According to the report, China’s imports of lead contained in lead concentrates increased 40.4% to 781,000 tons.

The LME primary three-month lead price briefly dipped below MetalMiner’s short-term support level earlier this month before bouncing back. However, at $1,928/mt as Monday, the LME lead price was down 3.62% compared with a month ago.

Meanwhile, the global zinc deficit reached 152,000 tons for the first 10 months of the year, according to the ILZSG.

Despite declines in a number of countries, global mine production increased based largely on increased output in Australia and South Africa.

Refined zinc metal production totaled 11.18 million tons, up 2.1% from the 10.95 million tons produced in 2018 and paced by increases in China, Mexico and Peru.

Zinc prices bounced back after approaching MetalMiner’s short-term support level earlier this month. The LME primary three-month price was about flat Monday compared with a month ago.