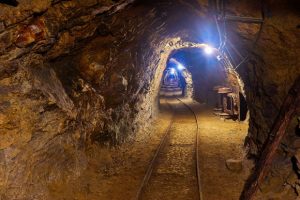 This morning in metals news: Nevada Copper announced it had restarted production at its underground Pumpkin Hollow mine; zinc prices have received a boost from surging Chinese steel demand; and Norsk Hydro last week announced the suspension of operation of the Paragominas-to-Alunorte bauxite pipeline.

“On August 20, 2020, the Company restarted its processing plant following temporary suspension of copper production due to impacts of the COVID-19 pandemic,” the company said. “The plant restart and ramp up benefits from the processing plant’s initial consistent performance in the First Quarter.”

According to the report, the zinc price reached a nine-month high and gained 11% since the start of the year. As such, zinc’s gains in the year to date have exceeded those of copper, which has also been a major riser.

The Norsk Hydro has paused operation of its bauxite pipeline, which runs from its Paragominas site to its Alunorte alumina refinery.

As a result, Hydro will undertake “extended maintenance” and temporarily halt production at the Paragominas bauxite mine. In addition, it will reduce production at Alunorte.