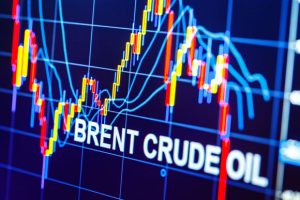 The oil majors are not having a great pandemic.

Consumers reacted to earlier lockdowns and continued pandemic restrictions, leading to a massive drop in demand. On the other hand, prices initially collapsed after Saudi Arabia led an assault on the U.S. shale market and engaged in a spat with Russia over prices.

Set that against an acceleration in the longer-term trend away from fossil fuels in favor of renewables. Oil companies are facing a perfect storm of low prices, low demand and long-term questions about the viability of their product. Those realities will inevitably push up the cost of capital.

Two of the largest oil majors, Chevron and Exxon, have between them lost $9.4 billion in the second quarter alone.

“The demand destruction in the second quarter was unprecedented in the history of modern oil markets. To put it in context, absolute demand fell to levels we haven’t seen in nearly 20 years,” the Financial Times quoted Neil Chapman, Exxon senior vice-president, as telling analysts. “We’ve never seen a decline with this magnitude or pace before, even relative to the historic periods of demand volatility following the global financial crisis and as far back as the 1970s oil and energy crisis.”

Oil companies’ share prices reflect their fall from grace. They were once the largest sector in the S&P 500. However, now they make up just 3%. Furthermore, Exxon fell from the Dow Jones Industrial Average after almost a century.

As if this were not bad enough the oil and gas industry, indeed the whole fossil fuel industry is facing long-term decline. Economies, at varied paces, are moving toward a lower-carbon future.

A significant feature of stimulus measures around the world is a heavy bias toward so-called green energy and/or carbon emission reduction.

Goldman Sachs estimates investment in decarbonizing the energy industry alone — renewables, carbon capture, hydrogen, and the upgrading of power infrastructure — will reach $16 trillion over the next 10 years.

A recent Financial Times article quotes analysts saying vast new spending is underway, as the world’s energy system is beginning a colossal transformation away from infrastructure that has sustained the petroleum era and the global economy for more than a century and is moving toward a reinvented energy system that will drive down greenhouse gas emissions.

Regardless of the degree to which readers accept the arguments around climate change — and while opinions still vary, the tide of history is flowing inexorably in one direction on this — the reality is big business and government policy is largely behind it.

As such, there are questions about the viability of many of our household names in the fossil fuel industry. However, those questions are not for the short term. Oil and, particularly, natural gas will be required for 15-20 years. In the medium term, investors will increasingly shun what will come to be seen as sunset industries.

Some majors, like BP, have seen the writing on the wall and are investing heavily in an alternative future. Others, like Chevron, are focusing on lowering cost so they can remain the last man standing if prices remain low.

Of course, it won’t be a steady decline. Demand will come back this decade as global growth returns and, for a while, prices will rise.

This is true particularly if investment in new production continues to be cut; shortages could again reappear and stimulate prices to rise. Fossil fuel companies will return to profit. Over time, however, they will be chasing their slice of a diminishing pie.