Home | Public Policy | Bolivia pivots back to socialism — what does that hold for resource extraction?
Industry News

Bolivia pivots back to socialism — what does that hold for resource extraction? 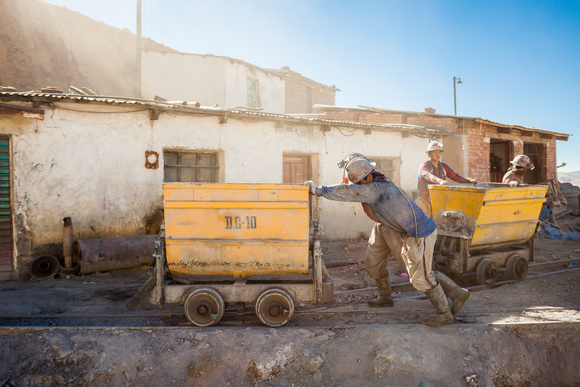 A year of repression and persecution of minorities followed. that destabilized the country and led many to believe democratic elections would never return.

But to the autocratic president Áñez’s credit, although twice delayed, elections were held this month. Furthermore, on Oct. 18, Luis Arce, finance minister during the Morales administration, was handed the position of president. In addition, his party retained its majorities in both houses of congress.

Ex-president Morales remains in exile in Argentina. He fled following allegations of voting fraud last year, allegations that have largely been disproved now. With the success of the party, Arce may herald Morales’ return at some stage soon.

While rich in natural resources, Bolivia has struggled to develop to its potential over the years.

Will a return to a socialist party with a strong nationalist agenda hinder development compared with the outgoing interim neoliberal administration of Áñez?

According to AZO Mining, Bolivia is rich in resources such as petroleum, natural gas, gold, silver, tungsten, zinc, lead and tin. In addition, the country has considerable resources of potash, platinum, tantalum, palladium, iron ore, nickel, indium and cadmium.

Bolivia has been a major producer of tin since the days of the conquistadors and remains significant despite grade deterioration. On top of that, Bolivia has invested heavily in oil and natural gas development in recent years.

However, it has a checkered path in dealing with foreign multinationals, as it seeks to balance maximization of returns in order to counter the opposition of poor indigenous populations. Those populations see resources exploited but argue they are not getting sufficient reward, despite poverty levels falling from 60% to 35% under the previous Mas government, The Guardian reported.

In reality, Áñez’s right-wing government’s policies didn’t differ markedly from Morales’ socialist policies. With his deputy Arce taking over, policies are unlikely to diverge from the broad direction of demanding state-owned resource companies lead projects. However, those policies will still welcome foreign partners to bring in much-needed finance, expertise and access to export markets.

The hot topic is lithium, a material for which there is probably more media buzz than today’s demand justifies.

A lithium supply crunch for Western consumers could be in the making later this decade if ownership and extraction are left to China.

Bolivia, like many other South American countries, sees Chinese investment as preferable to that of Western firms. Maybe Morales’ quasi-nationalization of the country’s natural gas industry in his first year in power has made the international investment community nervous.

China, however, is perceived to be less risk-averse. Furthermore, with currently the world’s largest consumption of lithium, China is a more ready market.

Plans for cooperation with a German firm called ACI Systems Alemania (ACISA) to develop a lithium mine were shelved. Bolivia’s state-owned lithium company YLB has signed an agreement with a Chinese consortium, Xinjiang TBEA Group Co Ltd, for a $2.3 billion lithium project. The company beat six others to secure the deal back in 2019. It intends to produce lithium and other materials from the Coipasa and Pastos Grandes salt flats. Production would begin after feasibility studies are completed (pending agreement from the new administration).

A return to a socialist government in Bolivia will likely be a return to the previous Mas administration’s policies. That includes higher environmental demands and the greater role of the state likely to continue to inhibit rapid development or a sharp influx of investment capital.

Global demand is down for many metals. Bolivia’s landlocked and perceived unfriendly investment environment favors other countries in the region, like Chile and Peru, for foreign investors.

PREVIOUS POST:
This Morning in Metals: Global groups renew call to target steel overcapacity
NEXT POST:
Copper price rises to over two-year high — is the surge fizz or substance?