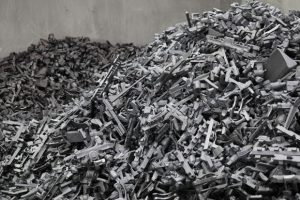 Groups around the world have asked governments to “intensify” their work with the Global Forum on Steel Excess Capacity.

“Steel industries throughout the world expressed tremendous concern about the recent increase in steel overcapacity at a time when steel demand is severely depressed by the COVID-19 pandemic, reversing a trend of gradual decreases in overcapacity in the three years after the GFSEC was established (2016 – 2019),” the American Iron and Steel Institute (AISI) said in a release.

Among the action items suggested by the groups included development of “stronger disciplines” related to industrial subsidies. In addition, the groups called for upholding “effective trade remedies” in order to ensure a level playing field.

Miner Freeport-McMoRan released its Q3 financials today, reporting net income of $329 million, up from a loss of $207 million in Q3 2019.

U.S. natural gas exports to Mexico have increased during the first three quarters of 2020, according to the Energy Information Administration (EIA).

“Mexico has been the largest destination for U.S. natural gas exports since surpassing Canada in 2015,” the EIA reported. “U.S. pipeline exports of natural gas have been displacing other sources of Mexico’s natural gas, including more expensive LNG imports, which have declined every month since March 2020.”

PREVIOUS POST:
ILZSG: Lead and zinc demand forecast to drop 6.5%, 5.3%
NEXT POST:
Bolivia pivots back to socialism — what does that hold for resource extraction?