Home | Metal Prices | This Morning in Metals: $2 trillion in infrastructure, green policies seen as boon for metals; Why China is binging on aluminum imports
Industry News

This Morning in Metals: $2 trillion in infrastructure, green policies seen as boon for metals; Why China is binging on aluminum imports 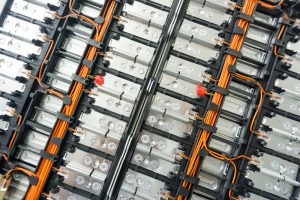 In the coming months, metal prices could be buoyed by policies of the next U.S. presidential administration, Reuters reports.

President-elect Joe Biden plans to spend $2 trillion on infrastructure and promote green policies, which require the use of more batteries and solar panels — both of which rely heavily on metals.

“People are saying it’s a replay of the supercycle when China started its infrastructure roll-out from 2000. This could be a repeat of that with the green revolution in the EU and Biden’s green plan in the U.S,” independent consultant Robin Bhar told Reuters.

Even if Biden’s power is split in Congress, bipartisan support may exist because infrastructure spending has been low for years, Reuters reports.

What’s behind China’s importing of aluminum?

Reuter’s columnist Andy Home says China is importing more aluminum than the last time it turned to other countries to meet its aluminum demand in 2009.

China has imported 1.74 million tons of primary aluminum and alloy in the first 10 months of this year — more than all of 2009’s 1.43 million tons, Reuters reports.

“This unprecedented flow of unwrought alloy gives some clues as to the forces currently reshaping China’s aluminum trade with the rest of the world,” Home wrote.

Check if your service center is providing you with price transparency for your aluminum spend.