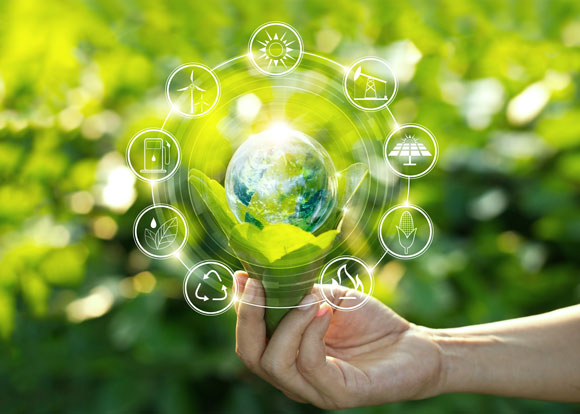 In the third partnership of its kind between Total SE and the Adani Group, Total will take a 20% stake in renewable power company Adani Green Energy Ltd (AGEL) — the world’s largest solar developer — by way of acquiring shares held by the promoter group.

Last year, we reported on Adani Green Energy’s announcement of its intention to invest $6 billion toward Indian solar projects.

The French company will acquire 50% of a 2.35-gigawatt (GW) portfolio of operating solar assets owned by AGEL in a deal worth $2.5 billion, Total said in a statement. Total will also have a seat on the AGEL board.

Total SE CEO Patrick Pouyanné called the move a “major milestone” in the company’s strategy in the renewable energy business in India. Pouyanné also cited the size of the Indian market in touting the deal’s significance.

“We have a shared vision of developing renewable power at affordable prices to enable a sustainable energy transformation in India,” Adani Group chairman Gautam Adani said. “We look forward to working together towards delivering India’s vision for 450 GW of renewable energy by 2030.”

Adani is now the second Indian company to raise money in this manner.

Total has refocused its strategy of shifting toward electricity and renewable energy. The French firm aims to have 35 GW of gross renewable energy generation capacity by 2025. The total is almost four times its current 9 GW.

Last year, Total and AGEL agreed to set up a 50-50 joint venture (JV) to which AGEL would transfer its operational solar assets. The total operating renewable portfolio under the JV stands at 2.3 GW.

Meanwhile, in 2019, Total acquired 37.4% in Adani Gas and 50% in the group’s Dhamra liquefied natural gas (LNG) project. The JV entailed developing various regasification terminals, including Dhamra LNG. It also entails a retail network of 1,500 service stations over a period of 10 years.

Adani on the rise

Adani Group’s growth has been phenomenal in the past few years.

Starting off as a commodities trader in 1988, it is now India’s topmost private-sector port operator and power generator.

Last year, Adani won a contract to proceed with the 10 million-tons per-annum Carmichael thermal coal project in Australia. However, the project soon ran into problems with regulators and climate change protesters.

Less environmentally friendly energy sources, like coal, remain widespread in India. Furthermore, India is the world’s No. 2 coal user, behind only China.

“India’s coal supply has increased rapidly since the early 2000s, and coal continues to be the largest domestic source of energy supply and electricity generation,” the International Energy Agency (IEA) said in a January 2020 energy report. “Amid more stringent air pollution regulations, new coal power plants that are more efficient, flexible and relatively lower in emissions will be better positioned for their economic viability.”

The IEA added a more efficient coal sector will be crucial for India’s steel, cement and fertilizer sectors.

Meanwhile, Indian invested more in solar PV than in all fossil fuel sources of electricity generation combined in 2018, the IEA reported.

However, the country has put forth ambitious green energy targets that could exert ripple effects throughout the global energy market.