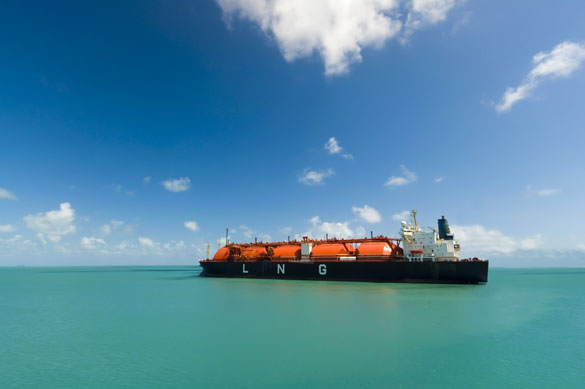 We could be entering a more inflationary environment for liquefied natural gas (LNG) prices, according to comments by Saad al-Kaabi, Qatari energy minister and chief executive of Qatar Petroleum, as reported by the Financial Times.

The problem is the transformational impact US shale producers have had on the energy market. That resulted in a flood of LNG that the US shale industry released onto the market in recent years, encouraging LNG buyers to switch to spot contracts as the supply market expanded.

To make matters worse, over the last year the oil price plunged in the spring, bounced back but then plateaued until the last month or so of 2020. The price has only just this week begun to approach the average of levels seen in 2018-20. LNG buyers have found good LNG cargoes on the spot market while demand remained low.

Meanwhile, a low oil price, an increasing scarcity of investment funding and a sharp change of tack by oil producers to focus on renewables and energy supply chains rather than fossil fuels leads al-Kaabi to speculate that at “least half” of proposed global liquefied natural gas projects scheduled to start in the coming years “will not happen.”

At sub-$60/barrel oil prices, the economics of most projects become unviable.

Long-term liquefied natural gas prices are generally linked to the price of oil.

However, spot prices are a function of supply and demand.

In January, a cold snap in Asia boosted demand for LNG in Japan, China and South Korea. That boost sent prices spiralling to record levels. Furthermore, traders struggled to secure enough cargoes to meet the surge in consumption.

LNG buyers benefited in recent years from a move toward greater flexibility in contract pricing. They also benefited from being able to source more individual cargoes from an oversupplied spot market.

After the cold-snap-induced demand spike, some cargoes traded near $40 per million British thermal units (mmbtu) compared to as little as $2 per mmbtu last summer, the Financial Times reports.

Meanwhile, oil-linked long-term contracts would have priced around $8-$9 per mmbtu in January.

“The buyer who bought the $40 gas basically bought a year’s worth of his gas in one cargo,” al-Kaabi said.

While not denying the shift to renewables — both currently and the long-term trend — al-Kaabi believes liquefied natural gas will play a pivotal role as a greener fuel than oil or coal. In addition, price competitiveness and its fit with current technology to many industrial applications indicates LNG demand will rise, even as it continues falling for coal and peaks for oil.

Yet, if buyers do not move onto long-term price contracts, they will be at risk of increasing volatility in the constrained market.

That volatility could feed through into increased costs for heavy power users. It could also impact for economies that use LNG widely for heating and power generation, as in Asia.

Whether the US will ever overtake Qatar to become the world’s largest LNG supplier, as earlier predicted by the International Energy Agency, is now doubtful.

Many of the planned export facilities will never get built. Furthermore, with shale drilling activity depressed, future production may largely be consumed on US soil.

That largely leaves Qatar and Australia as the principal global suppliers. Of the two, Qatar has the lower-cost production, remaining viable even if LNG to oil-linked contract prices fall to $30/barrel oil.

Qatar looks likely to cement its position as the Saudi Arabia of the liquefied natural gas market. The country will continue to reap windfalls from those not willing to switch to long-term contracts.