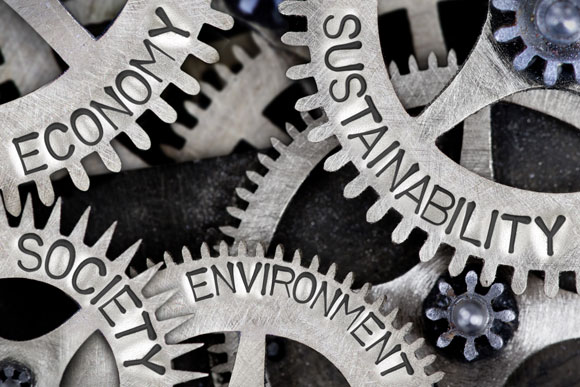 No matter the sector, sustainability is a concept that continues to gain traction — and not just from environmentally conscious individual consumers.

“U. S. Steel is now capable of producing some of the most advanced high strength steels with only a quarter of the carbon dioxide emissions previously required,” the steelmaker said in a release. “The company is now partnering with customers to introduce U. S. Steel’s verdeX line of sustainable steel, so they can offer even more sustainable products to consumers.”

The steelmaker said it will release additional information about the sustainable steel line in the coming weeks.

Intel to invest in semiconductor manufacturing

The semiconductor shortage has led to the ringing of alarm bells around the world, particularly in the automotive sector.

Several automakers have suspended production in response to the shortage, including General Motors, Ford and others.

With that in mind, this week Intel announced plans to invest approximately $20 billion to build two new factories in Arizona and roll out Intel Foundry Services.

“Intel announced plans to become a major provider of U.S.– and Europe-based foundry capacity to serve the incredible global demand for semiconductor manufacturing,” the company said in a release.

“Leveraging each company’s capabilities and talent in Hillsboro, Oregon, and Albany, New York, this collaboration aims to accelerate semiconductor manufacturing innovation across the ecosystem, enhance the competitiveness of the U.S. semiconductor industry and support key U.S. government initiatives,” Intel said.

The contract begins April 1, 2021, and will run until December 2023, Century Aluminum said.

Meanwhile, back in Q4 2020, the company issued a WARN notice and said the smelter could close if it couldn’t reach a power agreement.

However, with the announcement this week, Century Aluminum of South Carolina said it has rescinded the WARN notice.

“As announced in December 2020, the contract provides a minimum 290MW of electric power, allowing the smelter to increase its production by 50 percent (resulting in total production of 75 percent of Mt. Holly’s full capacity once the restart project is completed),” Century Aluminum said this week. “Restart work at the Mt. Holly smelter is already underway and is on schedule to be completed in the fourth quarter of 2021 in line with the Company’s previously issued comments.”