Supply chain shortages: could one industry’s challenge be another’s solution? 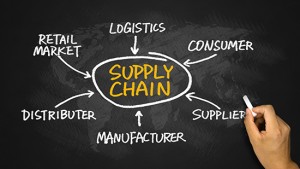 Metal prices have been rising this year, in part because of a rapid recovery in consumer spending and manufacturing following last year’s lockdowns. China led the recovery, but the recoveries have strengthened in North America and, to a lesser extent, Europe.

As vaccines have rolled out, particularly in the US, sentiment has improved. Consumers have begun to spend some of that US $5.4 trillion — estimated by the Financial Times — of pent-up savings amassed during the lockdowns.

However, constrained supply is also a major driver of metal prices.

In some cases, such as copper and zinc, this has been from lockdowns in major resource countries like Peru. In addition, tariff barriers have further squeezed consumers’ supply options.

The US added anti-dumping duties on some 18 aluminum sheet supplying countries earlier this year. Meanwhile, the European Union added aluminum flat rolled countervailing duties this year. Those added to those already in place for extrusions from last year on China. As a result, the moves significantly tightened aluminum supplies into the European market.

Further pressure has come from global logistics constraints and cost increases. That has come principally on the Asia to North America and Asia to European shipping routes. Routes have seen shipping delays, container shortages and a near tripling of freight rates over the last 12 months.

Such logistics delays and the corresponding hikes in rates are very gradually easing. We have seen, for example, a drop in 40-foot container rates from China to Europe to $5,000 per box. That is down from nearly $10,000 just 2-3 months ago.

The rate of reduction is slowing. It could be the end of the year before costs return to what consumers consider reasonable or to a more historical average.

Raw material shortages – for steel, aluminum or other metals — continues. For some sectors, those accompany parallel shortages in materials like resins and in specific components, like semiconductors.

Consumers are trying to judge how elevated prices and material shortages are likely to play out over the second half of the year. They are struggling to see how much material shortages will be counterbalanced by a slowdown in demand as a result of shortages in other materials.

So far, constrained steel and aluminium supply has not materially impacted consumers’ production programs. For example, we are not hearing of automotive or white goods manufacturers idling production lines for want of sheet products or castings.

However, major automakers — including Volkswagen, Ford and Honda — have idled production lines due to the semiconductor shortage.

As automakers delay delivery of automotive sheet due to these slowdowns, sheet makers will pivot to commercial clients’ demands and to serve distributors who are looking to restock after strong end-user demand in recent months.

Will these multiple weeks, possibly months, of go-slow, stop start or idled automotive lines resulting from shortages of resins and semiconductors free up enough aluminum and steel mill capacity to take some of the steam out of the steel and aluminum supply chain?

That shifting dynamic is a tough one to judge for distributors and consumers looking at inventory planning and forward buying for the balance of this year. Automotive problems remain a mitigating factor to the downside in terms of metal pricing.

On the plus side, displaced automotive production now to the latter part of 2021 and into 2022 could flatten an otherwise disorderly peak into a more sustainable but flatter demand curve over a longer time frame.

As such, that would allow both producers and consumers to meet more moderate demand. The could do so without incurring excessive price increases or extended mill lead times.

So far, that has not been the case. The semi-finished metals market in Europe and in North America is facing escalating prices and extended mill lead times. Stockouts are becoming increasingly common.

To what extent automotive problems become the rest of industry’s solution remains to be seen. Consumers will no doubt gratefully accept any easing of price and supply pressure that results from the automotive sector’s travails.