Second-largest copper producer Peru on the cusp of disaster 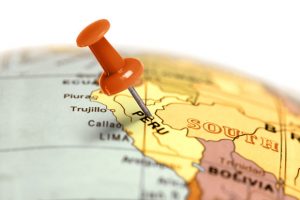 You have to feel for poor Peru, the second-largest copper producer in the world.

The country is facing the double affliction of the worst COVID-related death rate per head of population anywhere in the world.

At the same time, it is enduring a presidential election between two almost equally obnoxious candidates.

Firstly, the pandemic. According to the Financial Times, on Monday the government revised its figures, saying 180,764 people had died from COVID-19 since the start of the pandemic.

That number is nearly three times the total of 69,342 that it had previously registered.

The new figure means that one in every 177 people in the nation of 32 million people has died from the virus. That amounts to a rate of about 565 deaths for every 100,000 inhabitants — worse even than Brazil’s 509.

The revised figures are now in line with the country’s “excess deaths” figure and follow a revision of data sources. The pandemic has already hit copper production. A slow vaccine rollout is doing little to ease the problem.

At the same time the country is being required to choose between two unpopular presidential candidates, one of whom presents an even greater existential threat to copper production in the medium term than the pandemic.

The frontrunner in last month’s first round is a previously obscure ex-teacher by the name of Pedro Castillo. Castillo’s Marxist policies have rattled markets, plunging the Peruvian stock market by 12%. It has also prompted a fall in the currency to a historic low of 3.85 to the dollar, the Financial Times reports.

His party, Peru Libre (Free Peru), wants nothing short of revolution, the post reports. It aims to overturn the free-market model that has governed the country for a generation.

In its manifesto, the party says foreign mining companies should be forced to pay 80% of their profits to the state rather than the “miserable” 10%, 20% or 30% they pay now.

Not surprisingly, all mining investment has been put on hold pending the outcome of the next round.

The outcome is complicated by the fact his opponent is almost equally unpopular.

Keiko Fujimori, the daughter of the country’s former authoritarian president Alberto Fujimori, is tainted by association. The scarcity of attractive candidates is making predicting the outcome nigh on impossible.

Apparently, more than two-thirds of the electorate voted for neither candidate in the first round. Meanwhile, some 10-18% say they do not know who to back in the second. Up to a quarter say they will spoil their ballots.

Nationalization of the copper industry would almost certainly be a disaster. That would herald a Venezuelan future for Peru should Peru Libre manage to secure a sufficiently large majority.

You have to hope that for the sake of copper consumers everywhere, not to mention poor Peru’s beleaguered populace, that such an outcome never sees the light of day.