This Morning in Metals: US personal consumption expenditure rises in April

This morning in metals news: US personal consumption expenditure rose in April; meanwhile, Norsk Hydro is teaming up on an offshore wind project in the Norwegian North Sea; and, lastly, the United Steelworkers asked the Biden administration for clarification on its domestic mining stance. 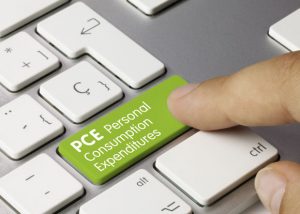 US personal consumption expenditure increased by $80.3 billion in April, or by 0.5%, the Bureau of Economic Analysis reported.

Oslo-based Norsk Hydro announced it is teaming up with Equinor and RWE on a new offshore wind project in the Norwegian North Sea.

The companies have submitted a joint application for the construction of a “large-scale bottom-fixed offshore wind farm.”

“The North Sea has among the world’s best wind resources,”said Pål Eitrheim, Equinor’s executive vice president of new energy solutions. “A large-scale offshore wind farm at Sørlige Nordsjø II could play a key role in expanding the North Sea as an offshore energy hub and create new industrial opportunities for Norway as an energy nation.”

Lastly, in a letter to President Joe Biden, the United Steelworkers union asked for clarification regarding the Biden administration’s stance on domestic mining.

“Thousands of USW members are proud to be a part of a long mining tradition, supplying our nation with vital raw materials used in products ranging from industrial machinery to energy transmission,” USW International President Tom Conway said in a statement.

“These good jobs are not only important to our members and their families but also help sustain whole communities. As we look to make long-overdue investments in our nation’s critical infrastructure, they will become even more essential.

“The USW this week confirmed with the Biden administration that it shares this vision, that investing in domestic extraction, processing and recycling are all part of its plan to build out domestic supply chains and secure the industries and jobs of the future.”