This Morning in Metals: Union workers at Escondida mine reject BHP contract offer

This morning in metals news: the union representing workers at the Escondida copper mine rejected BHP’s latest contract offer; meanwhile, U.S. construction spending ticked up in June; and, lastly, productivity increased in a majority of wholesale and retail trade industries last year. 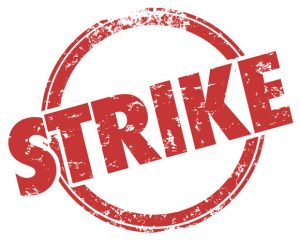 Union workers at BHP’s Escondida copper mine in Chile, the world’s largest copper mine, rejected the latest contract offer from BHP over the weekend, Reuters reported.

Copper prices cooled after surging to an all-time high May 10. However, if the union and BHP cannot reach a deal, the copper price will receive additional support.

US construction spending up in June

The June rate marked an increase of 0.1% from the previous month. Meanwhile, the June rate increased by 8.2% from June 2020.

Furthermore, construction spending amounted to $736.5 billion through the first six months of the year. Spending during the period jumped 5.4% year over year.

Labor productivity jumped by 7.7% in retail trade in 2020, the Bureau of Labor Statistics reported.

“Among the six NAICS 4-digit industries with the highest productivity growth, five reported growth in output while all six showed declines in hours worked,” the BLS reported. “Productivity growth was greatest in book stores and news dealers (+58.1 percent) where there was a moderate growth in output and a substantial decline in hours worked. All six industries were in the bottom third of trade employment.”