by Christopher Rivituso on August 2, 2021

“The surcharge is in line with the [European Union’s] Emissions Trading Scheme” for carbon regulation, the official told MetalMiner late last week. 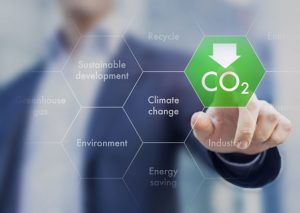 As charges relating to the ETS scheme move up or down, TSE’s pricing department determines how to adjust it, the official added. He noted that reports from other publications of a one-third increase from €12 ($14.25) per metric ton to €16 ($19) were correct.

The carbon surcharge will also come under review from the start of each calendar quarter, and the company will decide then how much to adjust it and by when to enact any changes, the official noted.

TSE, which is part of Tata Steel, initially introduced its carbon surcharge for flat rolled products on contracts from July 1, as the company was in deficit on its carbon allotments within the E.U. as well as in the United Kingdom.

As of Jan. 1, the E.U. enacted Phase IV of its ETS, which is to last until 2030 and stipulates a 2.2% drop per year in emissions within the 27-member trading bloc. As the stipulated decreases exceed TSE’s planned decarbonizing rate, the company started to pass on the cost to buyers.

TSE is a subsidiary of Mumbai-headquartered Tata Steel and has two integrated plants: Port Talbot in Wales (Tata Steel UK) and at IJmuiden, near Amsterdam (Tata Steel Netherlands).

Port Talbot can produce 4 million metric tons of crude steel via two basic oxygen furnaces, which it casts into slab for rolling hot and cold rolled coil on site. The plant also uses the flat rolled as feedstock to produce downstream products — such as hot dipped galvanized coil, tinplate and tube products — at other locations around the UK.

Sixty percent of Tata Steel UK’s output remains in the UK, while the remaining 40% goes to the export market. From the latter percentage, 30% goes to continental Europe and the remainder goes to other destinations.