Home | Automotive | The dark side of lithium-ion batteries
Industry News

The dark side of lithium-ion batteries

So far, it has been largely Samsung cell phones or laptops batteries that have caught the media’s attention when devices have caught fire, particularly in contained locations like aircraft or offices.

But a spate of reports suggest the problem could also extend to cars, where the potential for serious consequences could be even greater — both financially and for life and limb. 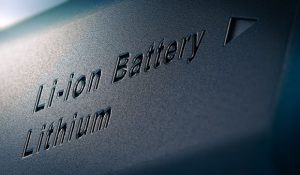 News late last week that General Motors is to recall all 2017 to 2022 Chevy Bolt EVs for battery replacements, saying the LG-supplied batteries could have not one but two serious defects with the result they are at risk of causing fires. As a result, LG’s share price plunged by 10% overnight.

GM is to replace the battery modules after two separate incidents of batteries exploding, despite earlier assurances that it was only older Bolts with U.S.-made batteries that had the problem. The recall now also includes those fitted with batteries made in South Korea.

The implications are huge for both companies.

GM and LG will have to make packs for five model years of Bolts and then swap them out, Electrek reported Friday. This recall includes 9,335 2019 models in the latest extension to the recall, in addition to the 63,683 2020 to 2022 model year Bolt EV and EUVs in the original recall.

Lithium batteries’ instability in certain circumstances is a serious issue that manufacturers have managed to mitigate but not eliminate with design changes.

A fire at one of the largest Tesla battery installations in the world at Moorabool near Geelong in Australia graphically illustrated the technology’s flammability. The fire took three days to get under control. That fire started during testing in a shipping container holding a 13-metric-ton lithium-ion battery, according to the Financial Times, and spread to a second battery pack.

Although not commissioned yet, the “Victorian Big Battery” project using the Tesla Megapack is said to be the largest in the country, with 210 packs capable of storing up to 450 megawatt-hours of energy for the electricity grid.

Nor is this a one-off. The post reports there have been a total of 38 large lithium-ion battery fires since 2018, some resulting in deaths and serious injuries.

All power generation technologies have risks.

Petroleum and natural gas are highly flammable. Nuclear power is radioactive. Even coal has serious long-term risks of lung damage from particulate emissions that have resulted in hundreds of thousands — probably millions — of deaths over the years.

But the risks are quantified and mitigating technologies and procedures widely applied to reduce the risks. Thermal runaway in lithium-ion batteries can result in a rise in temperatures and the release of oxygen that perpetuates the fire and makes them very difficult to put out. The process is understood but predicting when is still in its infancy.

In time, better, safer, versions using different materials and safer designs will be developed. However, the fire risk remains an area of concern for all lithium-ion’s applications. That is particularly true for at-scale grid storage and home installations in heavily urban areas, just as it is for that EV parked in your garage.

PREVIOUS POST:
ICSG: Copper mine production up 4.8% through May 2021
NEXT POST:
Steel capacity utilization ticks back up to 85.0%