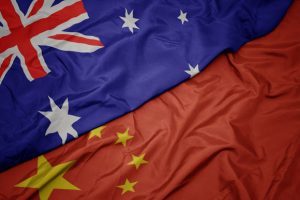 In the same period, exports to China also hit a record of A$19.4 billion. The total marked a 72% year-over-year jump. China accounted for 42% of Australia’s total exports in July. Furthermore, China accounts for a majority of Australia’s iron ore exports.

But the flow from China to Australia, especially where steel is concerned, has not been something to write home about.

In recent months, China’s steel shipments to Australia have fallen by more than half, faster than the country’s overall net exports plunge, the Global Times reported.

This could have an adverse effect on Australia’s economy, as the country is poised to embark on a major infrastructure uplift.

China is Australia’s largest export market, buying approximately 80% of its iron ore exports. Additionally, China is a significant buyer of Australian LNG exports. However, trade tensions between the two countries have virtually stopped trade in coking and thermal coal.

On the increasing amount of coal exports, Australia has reaffirmed that despite a call by the United Nations (UN) to phase out fossil fuel, coal will remain a major contributor to Australia’s economy well beyond 2030, Reuters reported. Reuters reported that Australia’s resources minister Keith Pitt had said after the UN call that Australia’s latest export figures showed that the reports of coal’s impending death were “greatly exaggerated.”

In the three months to July, coal exports grew 26% to A$12.5 billion (US $9.3 billion). As global economies recover from COVID-19 restrictions, coal prices have also risen.