by Christopher Rivituso on September 14, 2021

Germany to offer half of funding for new ArcelorMittal plant 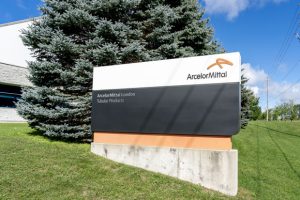 That amount represents half of the projected €110 million ($130 million) cost for the plant, ArcelorMittal said. However, funding is contingent on European Commission approval.

A spokesman for the group declined to say when the European Commission would give its approval. The spokesman expressed hope that approval would come “soon.”

The demonstrator plant will have a DRI capacity of 100,000 metric tons per year and is due to come on stream by 2025. The spokesman noted that it would at first use grey hydrogen to produce DRI, rather than green.

“Once available in sufficient volumes and at an affordable price, green hydrogen – made from the electrolysis of water using renewable energy – will be used,” ArcelorMittal stated in its Sept. 7 announcement.

Grey hydrogen is extracted from natural gas, itself a fossil fuel. Green hydrogen comes from renewable sources, in comparison, such as offshore, wind-powered electrolysis stations.

The Hamburg plant aims to produce over 1 million metric tons of fossil-free steel by 2030, thus saving 800,000 metric tons per year of carbon emissions. The site also plans to convert the existing DRI plant to using green hydrogen, the spokesman added.

ArcelorMittal aims for carbon neutrality by 2050

ArcelorMittal announced in late Q3 2020 its plans to achieve carbon neutrality by 2050. The steelmaker aims to cut emissions 30% by the end of 2030 in various projects. The costs of those projects would rise into hundreds of billions, the steelmaker said.

“This is something that we cannot finance by ourselves, and so we need government support,” the spokesman said about the German government’s funding.

Plans for the DRI plant follow ArcelorMittal’s announcement in March of plans to build a DRI plant and electric arc furnace (EAF) at ArcelorMittal Bremen and ArcelorMittal Eisenhüttenstadt, each of which are also in Germany.

Some industry watchers have expressed support for low-carbon steel production. However, they have also expressed some concerns, including the availability of iron ore grades appropriate for DRI production.

“DR-grade ores are not everywhere,” one analyst said.

The concept of using exclusively hydrogen in steelmaking is still in infancy. That includes DRI plants’ replacement of coal in blast furnaces, a second industry watcher warned.

“That’s years off,” that source added.