The Automotive Monthly Metals Index (MMI) ticked up by 4.2% for this month’s reading. 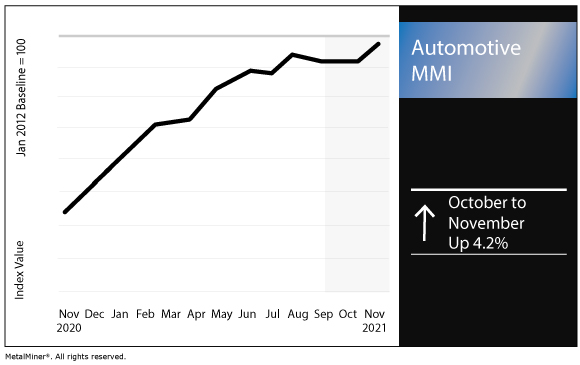 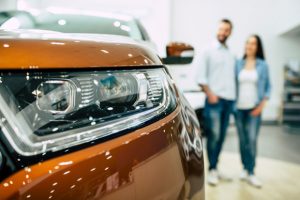 For the industry as a whole, J.D. Power and LMC Automotive forecast U.S. retail sales of new vehicles declined by 17.4% year over year to 943,500 vehicles.

Meanwhile, compared to 2019, sales were forecast to decline by 15.4% when adjusting for selling days.

“October results demonstrate that new-vehicle sales are still being constrained by how many vehicles are delivered to dealerships each month,” said Thomas King, president of the J.D. Power data and analytics division. “However, strong consumer demand and a lack of inventory is leading to record transaction prices and profit for each unit sold. Month-end inventory of vehicles on dealer lots is expected to remain below one million for the third consecutive month.”

Elsewhere, General Motors announced plans to invest $46 million in its Parma, Ohio plant. The automaker said the investment will go toward upgrading and preparing the facility for “future product programs.”

The plant produces sheet metal stamping and assemblies. Furthermore, the plant processes over 800 tons of steel per day and can produce up to 100 million parts per year, GM said.

For its full-year guidance, GM forecast net income coming in between $8.1 billion and $9.6 billion.

September sales totaled 2.07 million vehicles. On a year-over-year basis, however, sales declined by 19.6%.

Meanwhile, sales through the first nine months of the year totaled 18.62 million vehicles, up 8.7% year over year.