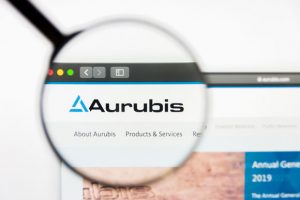 German firm Aurubis AG this week announced it will invest €300 million in a new U.S. metals recycling plant in Georgia.

“In the first ever secondary smelter for multimetal recycling in the United States, circuit boards, copper cable, and other recycling materials containing metals will be processed into 35,000 t of blister copper annually,” the firm announced. “Aurubis will further process the intermediate products into various industrial and precious metals at its European smelter sites to a great extent, but also sell them directly in the US market.”

The facility will have annual capacity of 90,000 tons of complex recycling materials, Aurubis said.

Aurubis plans to begin construction in 2022 and commission the plant in the first half of 2024.

Natural gas in storage down from recent averages

Heading into the winter season, U.S. natural gas in storage is down 3% from the recent average, the Energy Information Administration reported.

“As we enter winter, working natural gas in underground storage facilities in the Lower 48 states measured 3,618 billion cubic feet (Bcf) on November 5, according to our Weekly Natural Gas Storage Report released on November 10,” the EIA said. “The amount of natural gas in storage has been below its previous five-year average since mid-February of this year.”

Job openings at the end of September reached 10.4 million, the Bureau of Labor Statistics reported. Job openings in September 2020 reached 6.6 million. Furthermore, hires and total separations came in at 6.5 million and 6.2 million, respectively, in September, about flat compared with August.

However, within separations, the quits level and rate increased to a series high, the BLS reported, at 4.4 million and 3.0%, respectively.