by Christopher Rivituso on March 3, 2022

Russia’s invasion of Ukraine has started to push up hot rolled coil prices on Western Europe’s domestic market due to concerns over availability and logistics, industry watchers and market participants said March 1. 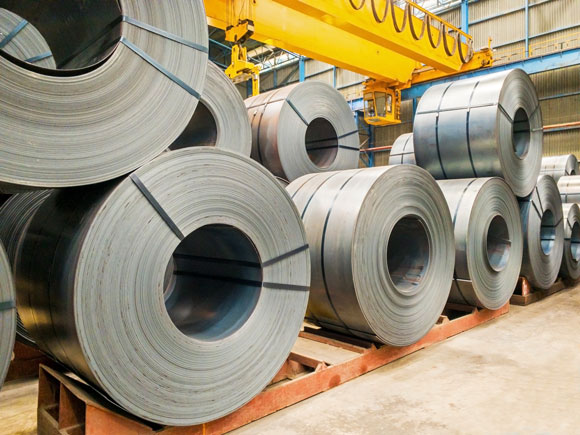 Keep an eye out for the upcoming Raw Steels Monthly Metals Index (MMI) report, which will include additional coverage of hot rolled coil (last month’s report is available for download).

Sources noted last week that end users in Central and Eastern Europe would face difficulty in the event of Russian invasion, as they normally acquire Russian and Ukrainian steel.

“The ongoing hostilities in Ukraine, military blockades of sea ports, destruction or threat to land infrastructures could impair the performance of our contractual obligations” Metinvest said.

Ships are now avoiding Russian and Ukrainian ports on the Black Sea for fear of sanctions as well as danger to life and equipment, one shipping source told MetalMiner on March 1.

“Everybody is looking to get out of there,” that source said.

The second trader also said that he could acquire no prices either on steel or ships out of the Black Sea.

The European Union on Feb. 25 named Novorossiysk Commercial Seaport Group (NSCP) as one of a number of Russian shipping entities that would face sanctions.

“It is prohibited to directly or indirectly purchase, sell, provide investment services for or assistance in the issuance of, or otherwise deal with transferable securities and money-market instruments after 12 April 2022,” the EU said in Regulation 2022/328.

NSCP operates the Novorossiysk port, one of Russia’s largest. It also operates a port in Leningrad region and in the Kaliningrad exclave.

The group acknowledged sanctions in a 1 March press release. However, it said it would continue to operate as normal and fulfill all of its contracts without restrictions.

Some ships are entering Russian Black Sea ports as they are already committed to loading, the shipping source said. However, he doubted that there would be any new bookings.

“Would you book a cargo today that is due to load later in the month? There’s too much financial risk,” the source added about ships calling at Russian ports.

Ukraine exports about 70% of its steel products, while the domestic market consumes the remaining 30%, one steel analyst said.

The remainder go for export to Europe, Turkey, Africa and Asia, one analyst said.

Seaborne steel exports from Ukraine have normally departed from the Black Sea port of Mykolaiv. They also depart from Mariupol, on the Sea of Azov, which leads to the Black Sea via the Kerch Strait.

Denis Pushilin, head of the partially recognized Donetsk People’s Republic said that day that his forces intend to circle the city, news agency Reuters quoted him as saying.

The fall of Mariupol would allow Russian land forces to enter Ukraine from the Crimean Peninsula, which Russia annexed in 2014. The Russian military reportedly took the town of Berdiansk, 84 kilometers southwest of Mariupol, on Sunday.

As the war in Ukraine continues, we will continue to break down its impact on metals markets in the MetalMiner weekly newsletter.

PREVIOUS POST:
Current impact of the Russian invasion of Ukraine on the European metals market, metal prices
NEXT POST:
Rising metal prices from Russia-Ukraine war could hit India the hardest among Asian countries