$1.5 billion US is a lot of money by any measure. However, the reality is that Glencore is making so much in this climate of metal scarcity and elevated prices, they likely won’t have a hard time accommodating the fine. So when metal market news broke of their massive, three nation fine, there was not much reaction. But as we’ll see, the money may not be the real concern.

Glencore is now an FTSE 100 company, which means it is under much more public scrutiny than when it was a freewheeling, privately-owned trader. Of course, that time period is also when much of the culture that led to their current disgrace evolved. Even so, the share price took a small hit from the news, but it is still up substantially on the month. What may be more difficult for Glencore to stomach is the damage the joint US, Brazilian, and UK reprimand will have on their reputation.

Keep yourself up to date on all the metal market news as well as commodity prices. Sign up for the weekly MetalMiner newsletter here. 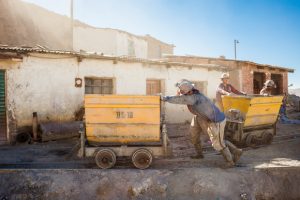 A Host of Accusations

According to a report in the Financial Times, the current chair of Glencore, Kalidas Madhavpeddi is not taking the news lying down. “Glencore today is not the company it was when the unacceptable practices behind this misconduct occurred,” he said.

So what exactly were these “unacceptable practices?”

The investigations started back in 2018 and ’19. Since then, the firm has plead guilty to multiple counts of bribery and market manipulation. This included breaking money-laundering laws and the US Foreign Corrupt Practices Act in Nigeria, the Democratic Republic of Congo, and Venezuela. They have since agreed to pay penalties of $700 million for the bribery. To resolve market manipulation investigations, the firm will pay $485 million.

Meanwhile, in the UK, a Serious Fraud Office prosecution charged the company with paying bribes of €10.5 million to influence officials at Société Nationale des Hydrocarbures and the Société Nationale de Raffinage. The goal, according to the UK, was to advantage Glencore’s operations in Cameroon. The company also stands accused of bribing agents to “assist them in obtaining crude oil cargoes or gain an undue favorable price for those cargos”.

Fines have still to be set for the latter cases but are included within the estimated total of $1.5 billion.

Many of us have read accounts of how trading companies and their “buccaneering ways” back in the day. In fact, like Robin Hood, some of us may have a degree of admiration for their sheer audacity. However, it’s important to remember that these were not victimless crimes. In many cases, payments were made to corrupt regimes and individuals. This influx of cases only served to tighten the hold despotic governments had over their countries.

In February, the Guardian reported that Glencore had set aside $1.5bn to cover potential fines and costs related to bribery and corruption investigations in the UK, US, and Brazil. Although the settlement is significant, it is still smaller than the $4 billion the company announced it will return to shareholders after record profits.

Whatever happens in the interim, this will not be the end of Glencore’s bad press. Both Dutch and Swiss authorities are reportedly investigating alleged wrongdoing. Some of this is thought to be related to operations in the Democratic Republic of Congo, where Glencore is a major player in cobalt and copper mining.

Nothing New in Metal Market News

In the interest of fairness, Glencore is not an outlier in such shenanigans. While this post has no direct evidence to offer, it’s probable that all the major trading houses engage in such practices from time to time. In many cases, this was the only way to compete with each other for resources and cargoes.

Robin hood allegedly stole from the rich to give to the poor. However, in the case of the trading companies, they kept it for themselves. Not surprisingly, there are now calls for retired senior executives from the time these bribes were paid to be held to account. That said, we recommend you don’t hold your breath.

If you’re the type who likes to follow such unprincipled goings-on, we recommend you read The World for Sale by Javier Blas. If you lived through those years when Glencore was stirring the global financial pot, you’ll enjoy it that much more.

The easiest way to keep yourself informed of fluctuations in the metal marketplace is MetalMiner’s monthly MMI Report. Sign up here to begin receiving it completely FREE of charge. If you want a serious competitive edge in the metals industry, try a demo/tour of our revolutionary insights platform here.

PREVIOUS POST:
UK moves to slap anti dumping duties on aluminium bar imports from China
NEXT POST:
Iron Ore Prices Up In China, But is it Just a Dead Cat Bounce?