How Close to Reality Are China’s National Bureau of Statistics Growth Figures? 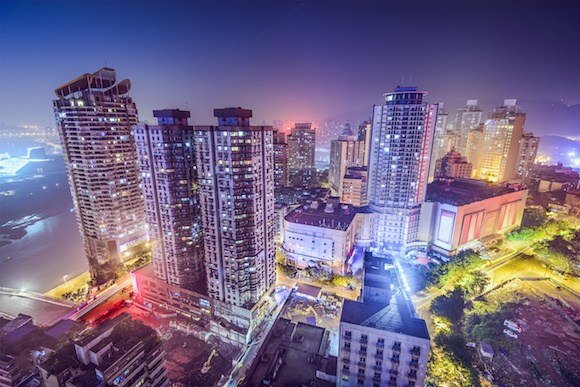 We have long since stopped believing official China growth data. If that’s the case, what is the “real” growth rate in China and should we care that the numbers appear to be manipulated?

Officially, China grew by 6.8% in the final quarter of 2017, taking annual growth to 6.9%. Yet, it is increasingly felt that the National Bureau of Statistics (NBS) numbers are massaged to iron out peaks and troughs from year to year and to support the authorities’ target growth numbers – to make the Party look like it is in total control.

In reality, The Telegraph suggests that 2016 official growth figure of 6.7% was probably overblown, with growth in reality being lower. Following an uptick in activity during 2017, this has resulted in the official figure for last year having to be reduced, as to report growth of more than 7% would have added to a disparity that builds up over time. Inflating poor years has to be balanced by underreporting good years, or eventually the statistics suggest the economy should be twice the size that it clearly is. 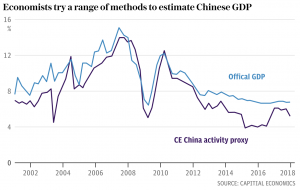 Independent assessments of 2017 growth are lower still. The Telegraph quotes Capital Economics, which believes growth to be nearer 6% for 2017, but their models agree that 2017 was better than 2016, saying they estimated GDP growth at 5.1% in 2016.

How this puts projections for 2018 is interesting, as most observers think there was a slowdown in the last three months of 2017, with official figures putting it at 1.6%, while independents, like Pantheon Macroeconomics, are putting it at just 1% for the same period (down sharply from an estimated 1.9% in the third quarter). 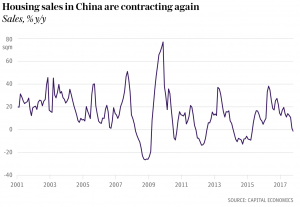 The reasons for a slowdown are not hard to see, as two factors are at interplay.

The first is Beijing’s drive to curb polluting activities, such as construction.

Output growth slowed in steel, cement and glass recently, as the government tried to rein in polluting industries in northern China. These restrictions will be eased at the end of the winter heating season and, as a result, activity is likely to pick up again in Q2.

The property market in particular has weakened in the past six months, The Telegraph observes, noting average residential property prices rose by just 0.2% in December.

This raises a question, if construction activity and, therefore, the supply of new properties was constrained, logic would suggest prices would rise. The fact prices are easing may have more to do with the rising cost of borrowing in China following efforts by Beijing in early 2017 to limit the supply of money and dissuade growth in the shadow banking sector.

Interbank lending costs have risen as a result. If the Fed raises rates during 2018 as expected, global debt costs will rise regardless of currency. The knock-on effect may be that an increase in construction activity is rewarded with a fall in property prices later in the year.

As credit has become less readily available, the article notes, there has been a considerable slowdown in retail sales growth, falling to 9.4% in December from 10.2% in the year to November. A combination of a cooling property market, falling retail sales and an export market facing protectionist headwinds supports the hypothesis that growth in 2018 will be lower than last year.

The Telegraph article concludes with Capital Economics’ prediction that growth this year could be just 4.5%. It will be interesting to see what quarterly numbers the NBS claims China is achieving as the year unfolds.