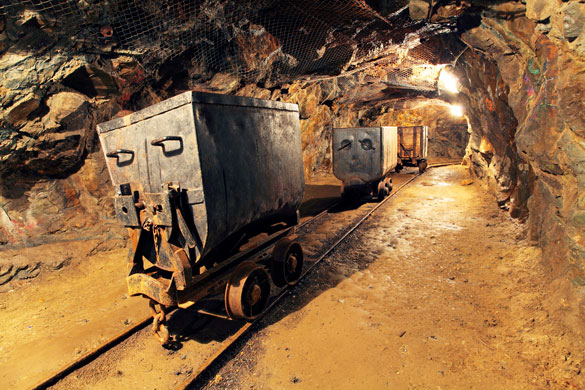 According to a recent report from the U.S. Geological Survey, the U.S. mining industry produced $75.2 billion in minerals in 2017.

The information was published in the USGS’s annual Mineral Commodities Survey. 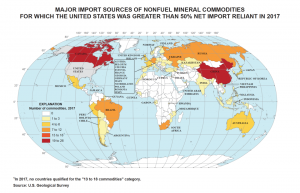 U.S. metal mine production in 2017 hit an estimated $26.3 billion, up 12% from 2016. Despite higher prices for metals, domestic production was actually lower than the previous year, the report states.

In that vein, for the aluminum sector — which is anxiously awaiting the results of the Trump administration’s Section 232 investigation of aluminum imports — 2017 proved to be another down year in terms of production.

Primary aluminum production fell for the fifth straight year, according to the USGS report, dropping 12% to reach its lowest level since 1951. Meanwhile, aluminum imports increased by 16% (a shade above the 15.5% increase in steel imports).

On the precious metals front, new gold mines opened in late 2016 and 2017 in Nevada and South Carolina. The South Carolina mine opening — rather, reopening — marked the first gold mine to open east of the Mississippi River since 1999. Gold was discovered at the Haile Gold Mine site, located in Lancaster County about 55 miles south of Charlotte, in 1827, according to the company website. The mine is currently owned by global mining firm OceanaGold.

Metals used for high-tech applications like electric vehicles, including cobalt and lithium, saw their prices skyrocket in 2017. According to the report, the average lithium price jumped 61% last year, while cobalt prices more than doubled.