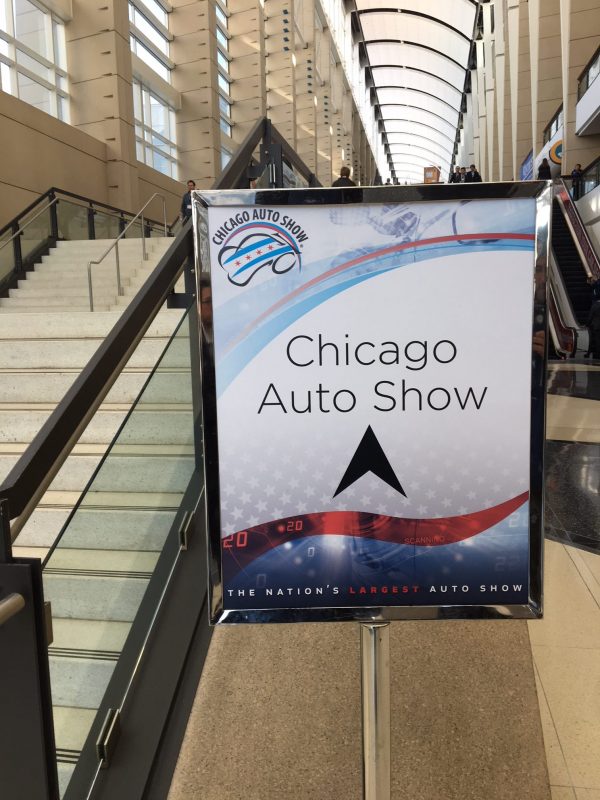 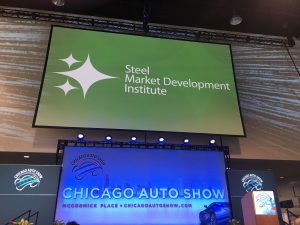 The Steel Market Development Institute (SMDI) presented results of a new study on steel’s lightweighting capabilities during the Chicago Auto Show on Thursday, Feb. 8, at McCormick Place in Chicago. Photo by Fouad Egbaria

Use of aluminum in automotive bodies has gained steam in recent years — and the metal’s rivalry with steel has heated up in the process.

For example, Ford Motor Co. shook up the marketplace when it announced its all-aluminum body F-150 2015 model. Aluminum, despite being more costly than steel, is lauded for its lighter weight and, thus, ability to provide better fuel economy.

Not so fast on that front, according to a study presented by the Steel Market Development Institute (SMDI) on Thursday, Feb. 8, during the annual Chicago Auto Show.

SMDI, a business arm of the American Iron and Steel Institute (AISI), presented results of a study that concludes steel is a superior option to aluminum when it comes to lightweighting and curbing environmental impacts. 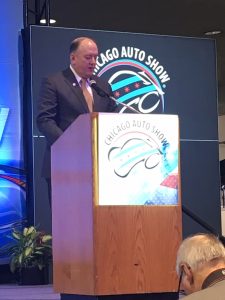 Tom Gibson, president and CEO of the American Iron and Steel Institute. Photo by Fouad Egbaria

Tom Gibson, president and CEO of AISI (and president of SMDI), touted the more than 60 steel-intensive vehicles debuted in the last year at auto shows in Detroit, Chicago, New York and Los Angeles.

“With the mix of materials available to designers and engineers today, no other material provides the complete package steel provides with performance, value and innovation, as well as being the most environmentally sound material for automakers and consumers.”

“The bottom line is, the result of this expert-validated study shows for the vehicles studied, lightweighting with advanced, high-strength steel produces lower greenhouse gas emissions than lightweighting with aluminum,” Hall said. “The difference comes, primarily, from the material production phase emissions of advanced high-strength steel and aluminum. These are emissions not captured when focusing only on tailpipe emissions under current EPA regulations.”

Hall further emphasized the case for steel, saying that if one lightweighted the five vehicles in the study with aluminum instead of steel, “the life cycle greenhouse gas emissions increase is estimated at 12 million tons of CO2 emissions. That’s the equivalent of the amount of electricity used to power 1.6 million homes.”

More details on the study, titled “Life Cycle Greenhouse Gas and Energy Study of Automotive Lightweighting,” and its methodology can be found at www.steelsustainability.org. 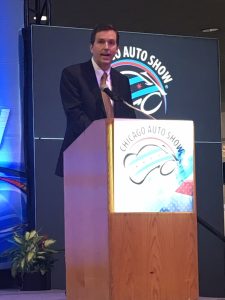 During the presentation, AK Steel CEO Roger Newport also delivered some comments on the state of the steel industry vis-a-vis the automotive world. Newport said steel has evolved to meet changing consumer demands in recent decades, and noted there’s been a “remarkable change” in the importance of materials when it comes to automotive construction.

“Materials are front and center,” he said.

It remains to be seen how much market share aluminum can capture. In the meantime, the steel industry will no doubt continue to tout its virtues compared with aluminum.

“The SMDI along with AK Steel are very excited about the potential of new, innovative steel products,” Newport said. “We continue our efforts to support the changes in the automotive world.”

Odds and Ends from Day 1 at the Auto Show

A few other miscellaneous notes from the first day of the Chicago Auto Show on Thursday, Feb. 8: 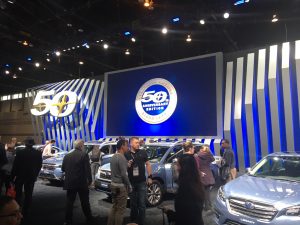 an unveiling ceremony. Tom Doll, president and chief operating officer of Subaru of America, Inc., touted the automaker’s growth since 2008, a period during which its market share rose from 1.4% to 3.8%, he said, and has seen it become the seventh-best selling brand in the industry.

Production quantities will be limited to 1,050 for Crosstrek, Forester, Impreza, Legacy and Outback, while WRX, STI and BRZ will have a combined total of 1,050, according to a Subaru release.

Thursday afternoon at the Grand Concourse media stage, MotorWeek presented its Best of the Year award, which this year went to the Kia Stinger. 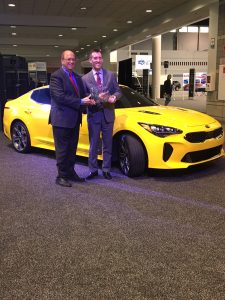 MotorWeek host and creator John Davis said they try to pick a vehicle each year that captures “that moment in the automotive landscape,” in addition to, simply, being fun to drive.

“Our Best of the Year for 2018 really is the perfect definition of our award,” Davis said. “It’s a lot of fun to drive but moreover it is the result of a brand setting and achieving a new bar of prowess that is on par with the world’s best.”

“It was introduced back in 2011 at the Frankfort Auto Show as a concept vehicle,” Sprague said. “Many people here in the audience told us ‘you have to build this car.'”

You won’t see too many cars like these on the streets today, but Klairmont Kollections took drivers down memory lane during its first ride as an exhibitor at the Chicago Auto Show. 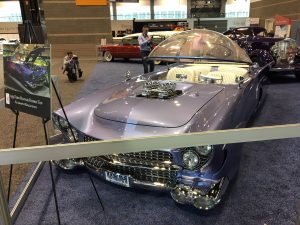 The collection of unique vehicles, some dating back to the early 1900s, is based in Chicago and owned by World War II veteran and Highland Park, Illinois resident Larry Klairmont.

PREVIOUS POST:
This Morning in Metals: Aluminum Industry Testifies to ITC on Foil Imports
NEXT POST:
Not All at the Federal Reserve Convinced of Need for Rate Rises