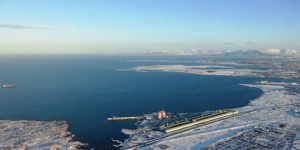 Norwegian firm Norsk Hydro announced Monday that it had put in a bid for Rio Tinto‘s aluminum plant in Iceland, according to a company release.

“We see great potential in exchanging competence and technology elements between our aluminium plants,” said Hilde Merete Aasheim, head of Hydro’s Primary Metal business area, in the release. “We are now running a technology pilot in Norway which aims to be the world’s most energy-efficient and climate friendly aluminium production facility. These innovations will be expanded to other Hydro facilities, and as part of Hydro, ISAL will benefit from such technological spin-offs and competence.”

The bid came in for $345 million, according to a Rio Tinto release. Following the conclusion of a consultation process, Rio expects to ink the deal in the second quarter of this year, according to the Rio announcement. The bid for Rio’s 100% stake in the Iceland Ltd. (ISAL) plant also includes Rio’s stakes in the Dutch anode facility Aluchemie and Swedish aluminium fluoride plant Alufluor.

“The binding offer for the sale of these assets provides further evidence of Rio Tinto’s commitment to strengthen our business and deliver value by streamlining our portfolio,” said Alf Barrios, Rio Tinto Aluminium’s chief executive, in the release. “Hydro has a solid track record in the aluminium industry and is a partner to Rio Tinto in other ventures. ISAL, Aluchemie and Alufluor are a natural fit with Hydro’s portfolio and this transaction should secure the long term future for the sites and continued economic benefit for the wider communities.”

Hydro cited the acquisition’s reinforcement of the firm’s position as a European supplier of extrusion ingot, and touted the ISAL plant for its production based on renewable energy. According to the announcement, ISAL’s 210,000 mt of aluminum produced with renewable power would increase Hydro’s capacity in primary aluminum production to 2.4 million mt in 2018. In addition, Hydro’s share of production from renewable energy sources would rise to over 70% with the acquisition, according to the release.

PREVIOUS POST:
What Could be the Outcomes for the Section 232 Aluminum Probe?
NEXT POST:
This Morning in Metals: U.S. Raw Steel Production Picked Up