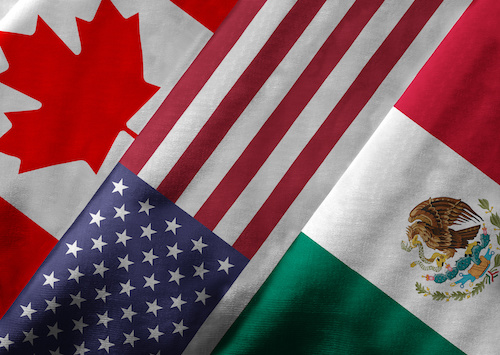 Oil and gold prices have not yet spiked following the missile attacks that the United States, Britain and France launched on Syria over the weekend, instead trading slightly lower when markets reopened, according to Reuters.

“Gold has benefited in recent days as a safe-haven asset amid a U.S.-China trade dispute and the escalating conflict in Syria, which also pushed oil above $70 a barrel because of concerns about a spike in Middle Eastern tensions,” Reuters’ Jan Harvey and Jessica Resnick-Ault wrote.

The London Metal Exchange’s decision to no longer accept aluminum from Russian producer Rusal has led to a scramble to withdraw non-Russian metal from the LME’s warehouses, the Financial Times reported. Buyers have also been in a bind to find alternative sources of aluminum.

“If all non-Russian metal leaves the LME, the danger for the 140-year-old exchange ist hat it could end up full of metal that no one wants,” wrote the Financial Times’ Henry Sanderson. “That would raise awkward questions about the status of the LME’s aluminum contract as a benchmark for global prices.”

Canada, Mexico and the United States will accelerate NAFTA talks in hopes of reaching a deal before Mexican elections on July 1, Reuters reported. The three countries are pressured to complete renegotiations, as U.S.-Mexico relations may decline under if Andrés Manuel López Obrador, the current frontrunner, is elected as the new president.

A left-wing populist, Lopez Obrador has promised to put Donald Trump “in his place” and make Mexico less economically dependent on foreign powers.

PREVIOUS POST:
Aluminum Recovers With More Than 13% Price Jump in a Week
NEXT POST:
USITC to Advise USTR on Proposed KORUS Changes Related to Auto Duties