This Morning in Metals: German Authorities Slap €205M in Fines on Steel Companies, Others 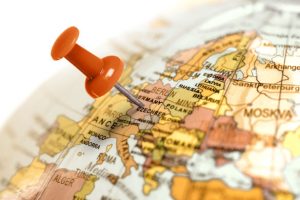 This morning in metals news, German steel companies are being hit with fines over price rigging, worker contract negotiations are underway at U.S. Steel and the U.S. Senate approved a symbolic measure that served to express frustration over the Legislature’s current lack of say in the process of imposing Section 232 tariffs.

According to the Financial Times, German authorities have meted out a total of €205 million in fines to six German steel companies, a steel association and 10 individuals.

The fines come as a result of the exchange of sensitive information and price rigging between 2004 and 2015, according to the report.

The last contract between the union and the steel firm was negotiated in 2015, per the report.

In a non-binding vote Wednesday, the Senate voted 88-11 to direct negotiators to push for giving Congress a role in making decisions vis-a-vis tariffs when national security is a concern; that is, in the application of Section 232, which President Trump has already used twice (with tariffs on steel and aluminum already in effect and potential tariffs on automobiles and automotive components pending).

Sen. Bob Corker, R-Tenn., has spearheaded the effort to divert some of the institutional power behind Section 232 from the executive (i.e., the president) to the legislative (i.e., Congress).

“We have to rein in abuse of presidential authority and restore Congress’ constitutional authority in this regard,” Sen. Jeff Flake, R-Ariz., was quoted as saying.