Australia is the Bellwether of China’s Economic Growth (Not Copper) 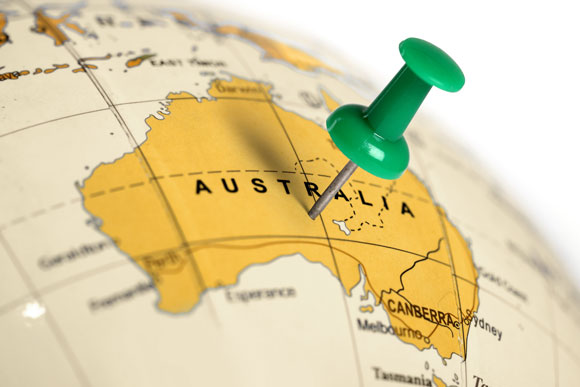 Stock markets in the West react to peaks and troughs on the Shanghai stock market as if the market were a true indicator of the health of the Chinese economy. Shanghai has been down since talk of sanctions has spooked markets in China, Europe and the U.S.

But in some parts of the world, where dependence on China is more than a simple +/- 0.1% of GDP, whole economies are reacting to the fear of a slowdown in China.

A recent Financial Times report details how the Aussie dollar has slumped 4.5% in just two weeks. Trade tensions have risen over investors’ fear for the prospects of the country’s largest trading partner, an indicator of how dependent has Australia become on China’s health and prosperity.

Likewise, copper, which for decades has been dubbed “Dr. Copper” for its supposed sensitivity to the health prospects for global growth, should maybe be renamed “Sino Copper” for the way in which it increasingly has become tied to the fortunes of one country (China) rather than the global economy.

After touching a four-year high of $7,348 a ton on June 7, copper has plunged 14%, or more than $1,000 to $6,303 a ton, the Financial Times reported, as investors fear a slowing China will be detrimental for copper demand later this year and next.

China is the world’s largest importer of copper, and Australia — the fifth-largest copper producer — is intimately tied to the world’s second-largest economy. China is its biggest customer, not just for copper but also for iron ore, coal, aluminum, bauxite and a range of other materials.

A follow-up article will analyze a wider range of metrics to better understand the state of the Chinese economy and to what extent the country’s growth trend for 2018 is a direct result of tariffs (compared to factors in play before April).

What that will show is that China had much to contend with prior to tariffs and a trade war broke out. While massive foreign exchange reserves and a well-funded banking system means the economy is essentially sound, the current trade issues have come at a bad time for policymakers in Beijing and may partly explain the relatively restrained response from the authorities.