Measuring Risk in the World of Climate Change 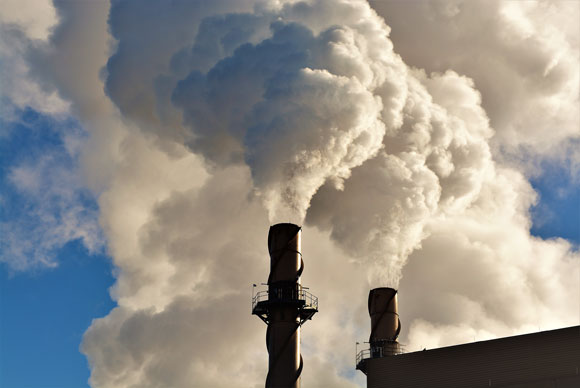 Climate change and its effects are of great concern — governments are aiming to hit short- and long-term clean energy targets and curb pollution, many individuals are striving to live greener lives and automakers are beginning the transition toward electric vehicles.

Climate change has already had — and will continue to have — major impacts on our lives and ecosystems around the world.

Of course, as a result of all this, climate change will also have a significant impact on trade and the flow of goods (which, from a metals perspective, can only serve to drive up prices).

A 2009 report by the World Trade Organization and the United Nations Environment Programme included a brief section identifying two primary impacts of climate change on trade.

“First, climate change may alter countries’ comparative advantages and lead to shifts in the pattern of international trade,” the 2009 report states. “This effect will be stronger on those countries whose comparative advantage stems from climatic or geophysical reasons. Countries or regions that are more reliant on agriculture may experience a reduction in exports if future warming and more frequent extreme weather events result in a reduction in crop yields.”

The report also noted climate change’s impact on supply chains: “Second, climate change may increase the vulnerability of the supply, transport and distribution chains upon which international trade depends. … Extreme weather events (such as hurricanes) may temporarily close ports or transport routes and damage infrastructure critical to trade. Transportation routes in permafrost zones may be negatively affected by higher temperatures, which would shorten the length of time that roads would be passable during winters.”

Fast forward almost a decade, when the recent National Climate Assessment outlined the impact of climate change on various aspects of life, including transportation, air quality, land use and water, among other categories. The assessment is mandated by the Global Change Research Act of 1990, which requires the U.S. Global Change Research Program to submit a report to Congress and the president no less than every four years.

As many are by now aware, the ramifications of climate change — and inaction in the face of it — are dire.

“Without substantial and sustained global mitigation and regional adaptation efforts, climate change is expected to cause growing losses to American infrastructure and property and impede the rate of economic growth over this century,” the National Climate Assessment states.

Climate change impacts have already been felt around the world; barring large-scale, coordinated and immediate global actions in the near terms, climate change will be felt more and more over time.

In addition to the impact of climate change on life — human and otherwise — climate change will also certainly impact trade. (In an earlier report, we delved into the impact of natural disasters on business activity and how to mitigate risk when such events strike, a particularly topical piece given the number of hurricanes that have struck the United States over the last two hurricane seasons.)

Earlier this year, the University of Maryland and software firm Resilinc teamed up to work toward creation of a new index that assesses vulnerability to climate change.

According to a UMD release, researchers from the Earth Systems Science and Interdisciplinary Center (ESSIC) and the Supply Chain Management Center of the Robert H. Smith School of Business worked on a prototype of what they are calling a Climate Change Variability/Vulnerability Index.

The research, according to the UMD release, was “launched in light of the Resilinc report on 2017 impacts, and in the aftermath of massive damage caused by 2018 hurricanes Florence and Michael,” which we covered in the aforementioned piece on natural disasters.

“Climate change varies greatly by location. Thus, the index will become even more important as it will seek to identify which supply chains are prone to the worst parts of a 1.5- or 2-degree Celsius global rise in temperature,” said Michael Gerst, an ESSIC assistant research professor.

The data from the new index is “expected to bolster Resilinc’s ‘R-Score,’ its standard metric for measuring, benchmarking, and tracking companies’ supply chain risk and resiliency,” according to the release.

“Resilinc has a powerful risk scoring methodology embodied in our R-Score product,” Resilinc CEO Bindiya Vakil said. “But until now, there was no reliable source of climate change data to incorporate into risk assessment. Combining what Resilinc has for risk scoring with the University of Maryland’s ESSIC data represents a big advancement in how supply chain managers can measure and mitigate risk.”

The University of Maryland is hopeful the index will work in synergy with Resilinc data to help assess the riskiness of production locations when it comes to climate change.

“We have [UMD’s] business school and Silicon Valley-based partner, Resilinc, joining forces with a university-based climate change center [ESSIC] that’s linked directly to the federal government [NOAA] and its long-term climate prediction center,” said Sandor Boyson, Smith School research professor and co-director of its Supply Chain Management Center. “We’re positioned to make an index that in its initial phase will score and rank some 10,000 Resilinc-monitored production locations worldwide for vulnerability to climate change.”

Climate change will have significant impacts on trade, particularly in the form of challenges posed to transportation.

“A reliable, safe, and efficient U.S. transportation system is at risk from increases in heavy precipitation, coastal flooding, heat, wildfires, and other extreme events, as well as changes to average temperature,” the National Climate Assessment states. “Throughout this century, climate change will continue to pose a risk to U.S. transportation infrastructure, with regional differences.”

Ports, according to the report, serve as a gateway for 99% of U.S. overseas trade and are “particularly vulnerable to climate impacts from extreme weather events associated with rising sea levels and tropical storm activity.” Merchants breathed a sigh of relief in 2017 when the Port of Houston — the second-busiest U.S. port by tonnage — reopened after Hurricane Harvey, largely having been spared from significant damages.

“In most parts of the United States, heavy precipitation is increasing in frequency and intensity, and more severe precipitation events are anticipated in the future,” the assessment states. “Inland transportation infrastructure is highly vulnerable to intense rainfall and flooding, with impacts including less reliable transportation systems and increased accident risk.”

In determining the riskiest points in the overland transit process, “transportation systems that are most vulnerable to the recent observed and projected increases in precipitation intensity are those where drainage is already at capacity, where projected heavy rainfall events will occur over prolonged periods, and where changing winter precipitation increases transportation hazards from landslides and washouts,” the assessment adds.

Long-haul freight is expected to increase 40% by 2040, while air and marine transportation will continue to grow “in tandem with economic growth and international trade.”

Further transportation investment will be required, and not just because of climate change.

According to the assessment, passenger miles traveled on highways and on commuter rail have increased approximately 250% and 175%, respectively, since 1960, with similar growth expected to continue. In addition, population growth and expanding city centers will put additional strain on the transportation network.

However, if climate change continues apace, economic growth will be hampered in general and transportation will become more difficult, even if the necessary infrastructure investments are made.