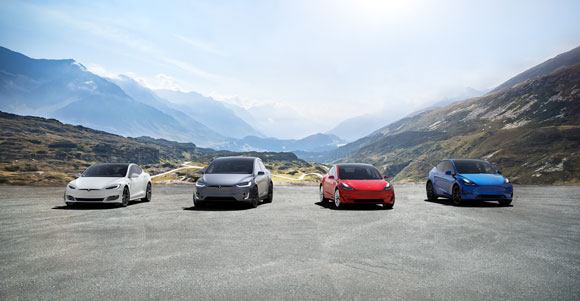 Reports that Panasonic is stepping back from its commitment to develop its Reno, Nevada Gigafactory with Tesla have the note of warning about them suggesting all is not well with Tesla or for sales of its new Model 3 batteries, which the new factory was designed to make, according to TechCrunch.

But Tesla blames lowered deliveries of the Model 3 on delivery problems to Europe and China, not lack of demand.

The firm further suggests its upcoming launch of its lease option on the Model 3 in North America will substantially increase demand.

That may be so, but the row back raises questions as accuracy of the original predictions for the Gigafactory and, by extension, for wider battery demand.

The Reno facility has been a partnership between the Japanese battery giant Panasonic and Tesla, with Panasonic making the battery cells and Tesla incorporating them in its Model 3 battery packs and energy storage products, Powerwall and Powerpack.

Together, the companies have invested U.S. $4.5 billion in the facility. According to Reuters, they had been planning to expand the plant’s capacity to the equivalent of 54 gigawatt hours (GWh) a year in 2020 from 35 GWh at present, according to a report in FinFeed.

However, as of July 2018, the plant was only reported to be running at an annualized run rate of 20 gigawatt hours of capacity.

TechCrunch also cast doubts on how successfully the plant is being run. The outlet notes that as of November, Panasonic had 11 production lines operating at Gigafactory 1 and that the company planned to add two more lines by the end of the year to bring total capacity up to 35 gigawatt-hours — but it is unclear if that was reached.

Output was meant to double next year, but after citing financial reasons the two companies have said they intend to increase production from the existing equipment rather than invest in more capacity. Tesla’s record as a mass manufacturer has come in for considerable criticism over the last 18 months, first with repeated delays in deliveries of the Model 3 and now apparent significant underutilization of the battery plant.

Tesla’s Gigafactory was meant to be America’s answer to a growing Chinese dominance in battery production.

The firm will not be alone in seeking answers to why the project is apparently performing so poorly. Simple delays in Model 3 deliveries appear to be only part of the problem.