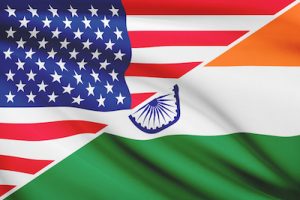 Much hope was pinned on the latest round of trade talks between the United States and India.

In the end, however, the talks that concluded late last week were inconclusive.

This round of meetings was supposed to chart the course ahead on trade between the two countries, particularly in the wake of the exchange of tariffs and counter-tariffs.

Yet, many of the questions on agricultural commodities, e-commerce, and steel and aluminum have been put off, according to the report.

“The meeting was cordial and aimed at providing a new impetus to bilateral trade and commercial ties, in line with the mandate given by Prime Minister Narendra Modi and the US President Donald Trump during their meeting at Osaka, Japan on June 28, 2019,” Goyal said, according to The Asian Age. “Both sides discussed the broad contours of bilateral trade and commercial ties and agreed to continue their discussions for achieving mutually beneficial outcomes aimed at further growing the economic relationship and addressing mutual trade concerns.”

In a July 9 tweet, Trump said “India has long had a field day putting Tariffs on American products,” adding the situation was “no longer acceptable.”