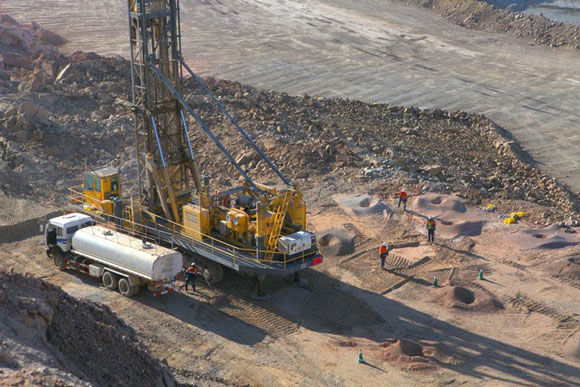 It is just as well Rio Tinto is riding high on a strong iron ore price, as its copper business in Mongolia has hit a cost blowout, according to the Financial Times.

Difficult ground conditions are being cited as the primary reason Rio is having to completely rethink the design and development of its underground mine at Oyu Tolgoi.

As a result, the first sustainable production is now expected between May 2022 and June 2023, according to the Financial Times — a delay of 16-30 months compared with original guidance — while the cost of the $5.3 billion project will increase by between $1.2 billion and $1.9 billion.

Rio has been producing copper, gold and silver from an open-pit mine at Oyu Tolgoi since 2013, but it has always planned to exploit the mine’s vast underground resources.

The underground expansion is expected to lift output to 550,000 tons per year making OT, as it is known, the third-largest copper mine in the world. At the underground mine, Rio plans to use the cost-effective block-caving technique, a widely used method of mining large – vertically and horizontally — hard rock ore bodies underground.

The procedure involves undermining an orebody, allowing it to progressively collapse under its own weight, as this site explains.  As a large section of rock is undercut, an artificial cavern below the ore body is created that fills with its own rubble as the ore body collapses. This broken ore falls into a pre-constructed series of funnels and access tunnels underneath the broken ore mass. The collapse progresses upward through the ore body, eventually causing large areas of the surface to subside into sinkholes.

The problem at OT is the ore body is too fragile and collapses too easily, making the current design inherently unstable.

Rio, via its majority-controlled subsidiary Turquoise Hill Resources, says it first hit problems last year as it tried to complete a 1.3 kilometer production and ventilation shaft amid changing ground conditions. The firm is now having to look at the relocation of underground infrastructure, resulting in considerable delay and added cost.

Despite these challenges, there is no question that the mine will be viable; copper demand is set to rise on the back of electrification and electric cars, while copper ore grades are depleting around the world.

The long-term prospects for higher prices are positive — which is just as well, as OT may well have more surprises in store for Rio before it reaches full production.