Fed: Total industrial production down in December; mining, manufacturing up 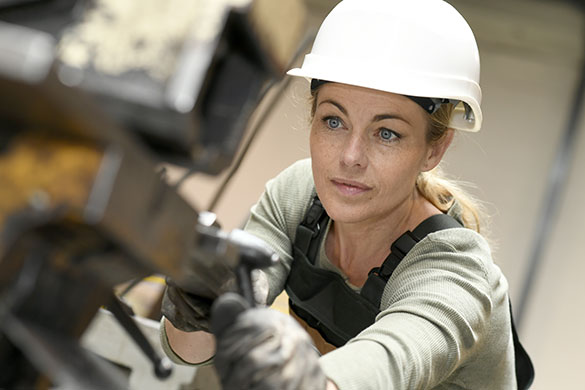 “The drop for utilities resulted from a large decrease in demand for heating, as unseasonably warm weather in December followed unseasonably cold weather in November,” the Fed said.

Manufacturing ticks up in December

However, manufacturing production was up 0.2% (after rising 1.0% in November), while mining increased 1.3% after posting declines in four of the previous five months (including a 0.2% drop in November).

Capacity utilization for the manufacturing sector ticked up slightly to 75.2%, but remained 3.1 percentage points below its long-run average, according to the Fed.

While December offered a slight uptick in manufacturing, fourth-quarter manufacturing declined at an annual rate of 1.0%.

Of note to the automotive sector is the U.S. Senate’s approval of the United States-Mexico-Canada Agreement (USMCA) last week. The deal, which is poised to replace the 1994 North American Free Trade Agreement (NAFTA), raises the regional value content threshold from 62.5% to 75% in order for vehicles to be imported duty-free. (The Congressional Budget Office estimated the updated the USMCA would yield an additional $3 billion revenues, largely from tariffs on automobiles.)

In other trade news, the U.S. and China also signed a Phase One trade deal last week, one which the Alliance for American Manufacturing panned.

“For far too long, seemingly endless dialogue with China proved that polite requests to curtail its predatory, state-driven industrial policies do not yield meaningful results,” Alliance for American Manufacturing President Scott Paul wrote in a letter to President Donald Trump. “Left to its own devices, China has repeatedly demonstrated that it is unwilling to hold up its end of the bargain.

“While the phase one deal falls short, the use of tariffs under Section 301 of the Trade Act of 1974 have proven to be an effective and appropriate tool to trigger our negotiations with China.

“We recognize your administration’s efforts to date, but the phase one deal is completely inadequate and leaves much work to be done.”

Meanwhile, capacity utilization for the mining sector reached 89.6%, up from its long-run average of 87.1%.

“Ensuring secure and reliable supply chains across our shared borders is critical to the health of our economy and the stability of all industries, including mining,” National Mining President and CEO Rich Nolan said in a statement last week. “Today’s passage of the USMCA is welcome news for the American people and American industry. While we applaud this historic bipartisan action, the importance of ISDS protections for the mining industry must be addressed in future agreements.”

Industrial production as a whole fell by an annual rate of 0.5% in the fourth quarter.