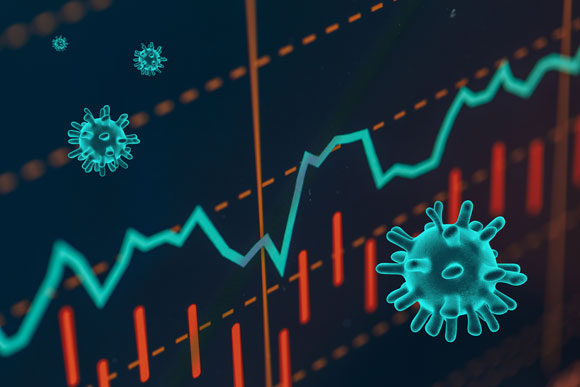 Lockdown restrictions have initiated the worst contraction in global trade since the Great Depression of the 1930s.

Even during the 2008 financial crisis, the volume of exports in Europe only contracted by 11%.

This crisis could prove significantly worse, The Telegraph reports.

The paper relates The World Trade Organization (WTO) prediction that global trade will contract by 13-32% this year, with the higher rate achieved if President Donald Trump enacts threats he is currently making against China as punishment for seeking to cover up the discovery and early seriousness of the virus. Although, how this is any different from the president’s own initial dismissive approach, calling it “not as dangerous as the flu,” is a debate for elsewhere.

The fact remains, honest debate on extended global supply chains and free trade has been greatly complicated by the pandemic.

On the one hand, competition for medical supplies has spurred understandable if regrettable protectionist actions as countries jostle for scarce resources. According to the Financial Times, the U.S. enacted a Korean War law – the Defense Production Act – to order 3M to produce more of its sought-after N95 respirators.

Trump also demanded the company stop selling the masks to close ally Canada and Latin American countries, a situation resolved only when the White House and 3M finally agreed on a compromise in which the company will import 166.5 million masks to the U.S. from China, Singapore, and South Korea in the next three months, but can continue exporting from the U.S. to Canada and Latin America.

The Financial Times went on to observe that the U.S. is not the only one to have veered into protectionism.

The Global Trade Alert team at Switzerland’s University of St Gallen says 75 countries have introduced some export curbs on medical supplies, equipment, or medicines this year, including most E.U. countries, India, China, Brazil and Russia.

While such actions are maybe understandable in times of emergency, the worry is that policymakers will take the opportunity to continue to use such measures across the whole spectrum of traded goods, stultifying global trade and undermining attempts to return to growth after the pandemic.

Companies everywhere have benefited from unprecedented levels of government support from cheap or free loans, loan guarantees, government support for wages and debt relief support. When the dust settles, some support will need to be repaid, but much won’t.

Any lawmaker or lobby group with even the slightest protectionist leaning will have ample excuse for action against countries and companies overseas if they perceive blocking imports could be to their advantage.

Even using WTO rules, the mechanisms are there for levying tariffs. All an industry needs to do is show it has been injured – not a high bar in the current circumstances, with casualties left, right and center.

In the opinion of foreignaffairs.com, countervailing duties are going to be the order of the day post-pandemic, even if they weren’t in the popular lexicon of Washington previously. The term describes an anti-subsidy tariff that is used to discourage unfair competition arising from state intervention in markets. In the aftermath of COVID-19, lots of imports will arrive on foreign shores from companies that got bailouts. The rules allow for both sides to subsidize and both sides to reciprocate with anti-subsidy tariffs, as inefficient an outcome as that may seem.

The tragedy is an honest debate about the benefits and risks of extended global supply chains is one we should be having, but it is likely to be drowned out in a war of tariffs and duties. The pandemic has added fuel to a debate that has been developing for some years about the benefits of nearshoring and the risks associated with extended global supply chains, despite their apparent economic benefits when times are good.

The liberal view that engaging China as an open and welcome member of the global community by investing and integrating our economies on favorable terms has also shown to be a falsehood, as nothing has changed politically in China — it remains an authoritarian state that has little interest in open borders, free speech or observing a level playing field.

The debate about what kind of global trade system we want, what is ultimately in our best interests and what we can collectively get everyone to work toward is very likely to be drowned out under a tsunami of unilateral action inspired by political idolatry and lobby groups looking to win short-term gains for their promoters.

As a result, the recovery is likely to take longer and be slower than it should be. The consensus that we need to develop a new world order for global trade will be lost in the maelstrom of trade wars.