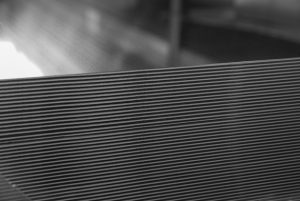 The U.S. is imposing tariffs on aluminum sheet imports from array of countries that the Commerce Department sees as trying to exploit the lack of Chinese aluminum in the U.S. market after tariffs were placed on it in 2018, according to USAToday.

The tariffs “will range from the single digits for Bahrain to anywhere from 52% to 132% for Germany,” the article states.

Aluminum Association CEO Tom Dobbins said in a statement: “The Commerce Department’s findings confirm that foreign producers relied on artificially low prices to rapidly increase their aluminum sheet exports to the United States, just as unfairly traded imports from China were beginning to withdraw from the market.”

Caterpillar’s autonomous driving technology, which can be added to machines, is helping the U.S. heavy equipment maker mitigate the slow sales on its main machinery because of the coronavirus crisis, Reuters reports.

“With both small and large customers looking to protect their operations from future disruptions, demand has surged for machines that don’t require human operators on board,” the article states.

“Sales of Caterpillar’s autonomous technology for mining operations have been growing at a double-digit percentage clip this year compared with 2019, according to previously unreported internal company data shared with Reuters. By contrast, sales of its yellow bulldozers, mining trucks and other equipment have been falling for the past nine months.”

Mining giant Rio Tinto signed a deal with Caterpillar last year for self-driving trucks, autonomous blast drills, loaders and other machines for the construction of the Koodaideri iron ore mine in Australia, Reuters reports.