Home | Company News | What are ArcelorMittal’s prospects in the US after its Cleveland-Cliffs deal?
Industry News

What are ArcelorMittal’s prospects in the US after its Cleveland-Cliffs deal? 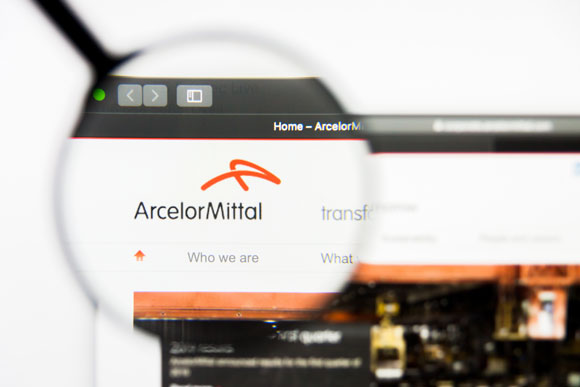 ArcelorMittal has strong prospects in the United States.

This is even after the group sold in 2020 almost 14 million tons of integrated crude capacity to Cleveland-Cliffs.

“It is one of the major steel markets, even though many steel plants in the United States have shut down in the past 10 years,” one analyst said.

ArcelorMittal completed the sale of its US division to Cleveland-Cliffs in December. That came after concluding a $1.4 billion agreement earlier in September to sell six steelmaking plants to the Ohio-based company.

However, the Luxembourg-headquartered group did retain several sites in the country.

“They kept the top-quality assets,” a second source said of ArcelorMittal.

The MetalMiner team will be presenting a commodity forecast for copper, aluminum, stainless and carbon steel on Wednesday, March 24, at 10 a.m. CDT: https://zoom.us/webinar/register/WN_6J8wAyYySfihVk3ZUH9yMA.

ArcelorMittal’s remaining footprint in the US

Chief among those assets in the United States is the AM/NS Calvert flats rolling plant in Alabama. The plant is a 50/50 joint venture between ArcelorMittal and Japan’s Nippon Steel. The two groups acquired the plant from ThyssenKrupp in 2013 for $1.55 billion.

Finished products from the site go for use in white goods, HVAC, automotive, construction as well as the pipe and tube sectors, the site said.

Other ArcelorMittal assets in the United States are mainly in Ohio. The Selby plant produces up to 240,000 tons per year of welded and seamless pipes.

In addition, the Marion Plant makes 65,000 metric tons per year of conveyor tube, specialty automotive tube and boiler tube for their respective sectors.

The group also has a wholly-owned tailored blanks plant in Detroit, plus three additional lines in Michigan, Iowa and New York in a joint venture with Delaco Steel Corporation, a part of Dearborn-based Diez Group.

It was not clear, however, from where those plants are sourcing their feedstock.

AM/NS Calvert now sources slab from domestic and overseas suppliers, though the consortium plans to start work in mid-2021 to build an electric arc furnace with a crude capacity of 1.5 million metric tons per year, Nippon Steel said in a December announcement.

“Securing the upstream part of their business is key” and also part of ArcelorMittal’s plans to make greener steel, the second analyst said about the EAF project.

Besides partly covering its own slab needs, the EAF will allow the plant to produce third-generation, high-tensile automotive flats, Nippon Steel said.

A hot end might not produce auto sheet for a vehicle’s exterior body, but it can produce other components, such as interior paneling, the first analyst said.

“It depends on the auto market,” the first source added.

The auto sector outlook could be one of the main challenges ArcelorMittal faces in the US.

The COVID-19 global pandemic has resulted in automakers around the world curtailing production and even some bankruptcies.

Light vehicle sales in the United States are likely to total 15.6 million units in 2021, Fitch Ratings forecast in December. That volume may reflect a 10% increase from the agency’s forecast of 14.2 million units for 2020. However, it is 8% below 2019 levels, Fitch reported.

A lack of computer chips for automobiles has also impacted production levels. Data providers have worked behind the scenes in the pandemic to keep their networks running. As such, they are using large amounts of chips, sources told MetalMiner in February.

Muted demand from the auto sector is not the only problem ArcelorMittal faces in the US.

Competitors plan to commission new crude and rolling capacity over the next two years, sources said.

Indiana-based Steel Dynamics announced in 2018 a $1.7 billion project to build an electric arc furnace and flats rolling mill with a capacity of 3 million tons per year. The Texas plant will be able to produce hot and cold rolled coil for the automotive, construction and white goods sectors. The facility is due to start up in 2021.

That plant will also have hot dipped galvanizing and painting lines. The lines will have annual capacities of 450,000 tons and 250,000 tons, respectively.

Meanwhile, Arkansas-based Big River Steel, a wholly owned subsidiary of Pittsburgh-headquartered U.S. Steel, officially doubled its steelmaking and rolling capacity to about 3 million tons per year in December when it commissioned a new hot end and flats rolling mill.

Nucor also plans to start up by 2021 a new sheet mill at its Gallatin, Kentucky plant. That brings its rolling capacity at the site to 3 million tons per year.

The prospect of major infrastructure bill by the federal government could also boost the steel industry.

The bill is headed back to the House of Representatives for a vote Wednesday morning.

If passed, ARPA could also set the scene for a manufacturing and infrastructure recovery bill.