This Morning in Metals: MetalMiner team walks through signs to watch for potential end to supply shortages

This morning in metals news: during MetalMiner’s latest webinar Thursday, the team walked through the signs buyers should pay attention to that might indicate an end to the current state of allocation markets and metals shortages; the carbon footprint of aluminum can production in North America has plunged over the past three decades, according to a recent report; US average gasoline prices are at their highest level before Memorial Day since 2014; and the US international trade deficit declined in April. 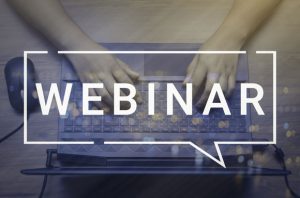 In case you missed Thursday’s 30-minute webinar, video is available in the MetalMiner Video Archive.

Visit the Video Archive landing page to sign up to receive the video.

For metals buyers, metals markets have been defined by allocation and shortages for many months. As such, the MetalMiner team walked through the signs buyers should pay attention to that may indicate those scenarios could be winding down.

Furthermore, visit the MetalMiner Events page for a schedule and topics of upcoming MetalMiner webinars.

The carbon footprint of aluminum made in North America has declined by 40% since 1991, a report by sustainability consultancy Sphera indicated.

Furthermore, North American aluminum’s carbon footprint has declined by 7% since 2012.

So, what has been driving the transition toward greener production?

“These reductions have been driven largely by decreased carbon intensity of primary aluminum production in North America, lighter cans (which are 27 percent lighter per fluid ounce compared to 1991) and more efficient manufacturing operations,” the Aluminum Association explained in a summary of the report.

“Our analysis found that the environmental performance of aluminum cans has continued to improve in North America,” said Chris Kofler, technical director, Americas at Sphera. “We also determined that, sourcing of primary metal is a significant contributor to the product’s overall environmental footprint, even with the current high recycled content of aluminum cans.”

Heading into the Memorial Day weekend, US average retail gas prices are at their highest level since 2014, the Energy Information Administration (EIA) reported.

“The American Automobile Association (AAA) expects more than 37 million people to take trips this Memorial Day weekend, traveling 50 miles or more from home between May 27 and May 31,” the EIA reported. “Of those 37 million people, AAA expects 34 million of them to travel primarily by car, as opposed to planes, trains, or other travel modes. This automotive travel total marks a 52% increase from Memorial Day 2020, when only 23 million people traveled by automobile, the fewest since 2000, when AAA began estimating holiday travel.”

US international trade deficit down in April

The deficit marked a decline from the $92.0 billion registered in March.

Imports for April came in at a seasonally adjusted value of $230 billion, down from $235 billion the previous month but up from $168 billion in April 2020.