Amid a deepening energy crisis, China has begun construction on a massive wind and solar project in the desert. 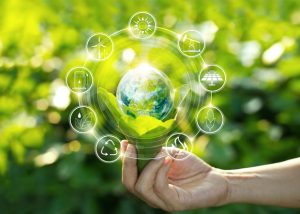 The project would be bigger than all of the wind and solar power in India, Bloomberg reports.

Construction on the first phase, comprising 100 gigawatts of wind and solar, in the desert has begun, according to Bloomberg.

In order to accelerate its transition to carbon neutrality in advance of global climate talks, the nation is undertaking an initiative that is at least twice the size of the next-largest global development. Furthermore, it would be able to generate four times as much power as the Three Gorges Dam, according to Bloomberg.

China’s premier Li Keqiang had earlier questioned the pace of the nation’s energy transition. Li’s remarks followed directly on the heels of the president’s remarks. As the energy crisis continues, executing the country’s path to carbon neutrality is becoming more difficult ahead of COP26, the 26th conference on climate change. The conference will begin Oct. 31 in Glasgow, Scotland.

Over the weekend, China started construction of a $10.1 billion photovoltaic farm in its northwest Qinghai Province, state-run news agency Xinhua reported. It is expected to generate almost 11 GW of electricity.

Meanwhile, work has begun on a single project in Kubuqi, Inner Mongolia. The project is expected to generate 2 GW, the fifth-largest in the world.

In addition to producing clean power, the project will reduce water evaporation by shading the covered area, BHEL said. Furthermore, as a result of the cooling effect, it will also have a higher yield than conventional ground-mounted projects, the company added.

The module array is designed to withstand gusts of wind up to 180 kph, BHEL said in its Sept. 16 announcement.