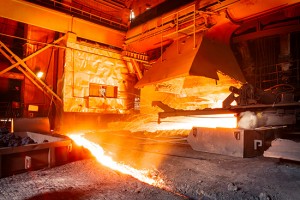 This morning in metals news, U.S. raw steel production for the final week of 2017 hit 1.63 million net tons, some Indian steel companies are upset about a hike in iron ore prices and zinc hits a 10-year high.

According to a report from the Economic Times, a hike in iron ore prices has some Indian steel companies unhappy.

According to the report, Indian steel companies are worried that the rise in iron ore prices, among other materials, could force them to raise their prices.

Zinc reached a 10-year high on expectations of a supply deficit, according to a Reuters report.

PREVIOUS POST:
What Will 2018 Hold? Possibly a Trade War, Political Turmoil and Much More
NEXT POST:
Tata Steel Looks to Build on Solid 2017 Performance