This Morning in Metals: Metals Supplies, NLMK and Copper Tracks Back 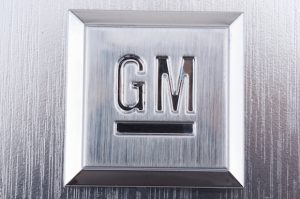 This morning in metals news, the metals supply situation is complicated, Russian steel producer NLMK‘s output rose 3% last year and copper dropped the most it had in almost six weeks.

What is the Supply Situation?

According to Reuters, stocks of metals in LME industrial warehouses fell by 40% last year, meaning tighter supply and a subsequent rise in prices — at least, that’s the conventional wisdom.

But when it comes to the global picture, it isn’t that simple. According to Reuters, some smaller exchanges aren’t experiencing such drops in inventory, which balances out the supply picture.

For example, warehouses monitored by the Shanghai Futures Exchange (ShFE) went up, as did CME Group warehouse inventories in the U.S.

As such, according to the report, only lead and zinc really fit the bill vis-a-vis being tagged with the tight supply label.

The Russian steel producer said its 2017 production rose 3% last year, according to Reuters.

Is the rally coming to an end for copper? It’s a little early to make that declaration, but according to Bloomberg the metal posted its biggest drop Tuesday since Dec. 5.

The metal, often dubbed “Dr. Copper” for its ability to serve as an indicator of overall economic health, had a strong December. However, 2018 hasn’t been as kind.

PREVIOUS POST:
Fitch Offers Warning of Faster than Expected Rate Rises
NEXT POST:
Zinc Has Been the Best-Performing LME Metal of Late — Can it Go Up Further?