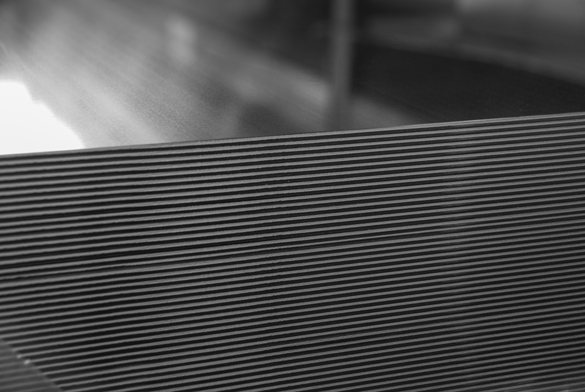 Last week, the U.S. International Trade Commission (ITC) voted to continue the AD and CVD investigations into common alloy aluminum sheet from China — a decision met with favor by some and concern by others within domestic industry.

Unlike most such cases, the Department of Commerce self-initated the investigations, marking the first time it had done so since 1991.

Heidi Brock, president and CEO of the Aluminum Association, lauded the decision to continue the investigations.

“The Aluminum Association and its members are encouraged by today’s unanimous preliminary finding by the U.S. International Trade Commission that imports of common alloy aluminum sheet from China are a cause of injury to the domestic industry and their workers,” Brock said in a release. “U.S. companies that make common alloy aluminum sheet have suffered extensive injury thanks to unfairly traded imports from China for many years. Our members are participating in the trade cases initiated by the Department of Commerce to return fair pricing to the U.S. market, and to allow the U.S. industry to make needed investments to further strengthen its competitiveness.”

Not everyone is happy about the decision, however.

“Today’s determination by the ITC unfairly harms the U.S. recreational boating industry, which supports 650,000 American workers,” said Thom Dammrich, president of the NMMA, in a release. “The ruling is expected to significantly drive up the costs of aluminum used to manufacture more than 111,000 boats such as pontoons and fishing boats, which make up 43 percent of new powerboat sales.”

Dammrich added that those boats (including engines and other component parts) generate $3 billion in retail sales for the U.S. economy.

“This outcome runs contrary to the stated goal of the Department of Commerce: ‘to promote job creation and economic growth by ensuring fair and secure trade,’” Dammrich continued. “We stand ready to work with the Administration and leaders in Congress to further demonstrate the negative and unintended consequences to American manufacturing.”

Nicole Vasilaros, vice president of federal and legal affairs for NMMA, said this is the first time the association has engaged with the ITC on the subject of aluminum sheet specifically.

The fact that the Department of Commerce self-initiated the AD and CVD investigations is a concern, Vasilaros said.

“There’s a feeling that we’re on a little bit of an uneven playing field,” she said during a phone interview this week. “If it was coming from the U.S. mills and they petitioned it, then we could say ‘all right, we’re really getting the Department of Commerce and the ITC to be a true arbiter of the issues.

“But the fact that they self-initiated is a little disconcerting.”

She added that a lot of NMMA members source aluminum from U.S. mills and want to continue to source domestically.

“Our main hope in all this is that they will continue to be able to source from domestic and international producers,” she said. “We’re obviously very concerned and want to support the U.S. market but at the same time we want to make sure that the aluminum that our industry needs — which often times the U.S. mills are just unable or unwilling to source for them — remains available.”

The merchandise being investigated is common alloy aluminum sheet, a flat-rolled aluminum product with a thickness ranging between 0.2-6.3 millimeters.

PREVIOUS POST:
Zinc Has Been the Best-Performing LME Metal of Late — Can it Go Up Further?
NEXT POST:
This Morning in Metals: MetalMiner on NPR, NAFTA and Alcoa Earnings