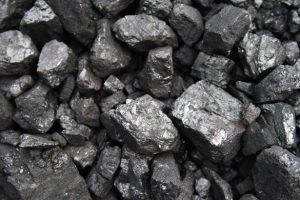 When it comes to coal, India’s litany of woes continues.

Despite high prices in international markets, imports continue to rise — and there’s no letting up on that front.

After a dip in FY 2017, overall coal imports increased 10% in FY 2018. What’s more, the situation is so bad that India’s largest power producer, the National Therma Power Corporation (NTPC), is running short on supply and has sought bids to import coal.

NTPC Ltd. is seeking 2.5 million metric tons (MT) of imported coal, according to two separate tenders on its website. The last time it sought foreign coal was in 2014.

One of many reasons for the shortage is that India’s largest coal producer, Coal India Ltd. (CIL), which produces more than 80% of India’s coal, continues to fall short in production and just cannot keep up with the rising demand, driven largely by higher electricity generation.

But if you were to ask CIL, it would in turn blame India’s congested railway network and a shortage of railway carriers to ship the coal to its customers; this, they argue, has forced consumers from power plants to aluminum smelters to purchase the fuel from overseas.

Rating agency CRISIL said here in a report that the power sector imports in India were projected to cross 75 MT by FY 2023, most of it driven by demand from imported coal-based plants. This comes even as non-power sector imports are expected to decline to 70 MT due to “improvement in domestic supply post linkage auctions and development of key captive blocks allocated to the non-regulated sector,” according to the CRISIL report.

But a report by news agency Reuters had an even more interesting explanation for the continued shortage.

It cites Tim Buckley, Director of Energy Finance Studies at the Institute for Energy Economics and Financial Analysis (IEEFA), as saying that a large part of India’s coal imports was used by consumers other than on-grid power plants. Buckley pointed out to Reuters that there were about 30 gigawatts (GW) of coal-fired generation capacity that was used by captive power plants.

They included aluminum smelters, cement makers and other industrial users, more reliant on coal imports as their demand wasn’t prioritized by Coal India; meaning, these folks were last in the queue.

According to Buckley’s calculation, if this 30 GW was run at 61% capacity, it would need about 96 MT per annum, which represents about two-thirds of current thermal coal imports. So, captive power plants had to resort to imports when Coal India couldn’t meet their needs.

However, the shortages are not limited to just power stations. Coking coal, used in steelmaking, has also seen a sharp surge.

Left with little choice for now, the Indian government has directed CIL to raise daily output and sales to 2 MT from 1.4 MT achieved in the last quarter.

The coal ministry told Coal India that it must produce and sell 1.9 MT and 1.94 MT, respectively, throughout the year. In the June quarter, CIL managed daily production and sales of 1.4 MT and 1.61 MT, respectively.

PREVIOUS POST:
This Morning in Metals: Next Round of U.S. Tariffs on China Set to Go Into Effect
NEXT POST:
‘Farm-to-Table’ Becomes ‘Maker-to-User’: A Manufacturing Trend