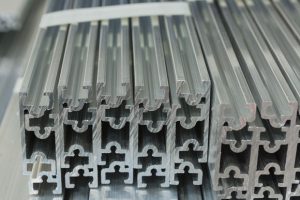 This morning in metals news, the Aluminum Extruders Council (AEC) won a transshipment case, copper prices dropped to a five-week low, and Tata Steel and thyssenkrupp announced the leadership team for their proposed European joint venture.

The AEC celebrated a win after U.S. Customs and Border Protection determined two companies imported aluminum extrusions from China that had been transshipped through Malaysia in order to circumvent anti-dumping and countervailing duties.

“We want to thank U.S Customs and Border Patrol for this fantastic outcome, and victory for the EAPA program,” said Jeff Henderson, president of the AEC, in a statement. “Transshippers like these companies should know we will continue to locate and bring to justice those that seek to evade U.S. trade laws and the AEC’s aluminum extrusion orders against China.”

Tata Steel and thyssenkrupp, which earlier this year signed agreements to form a 50-50 joint venture (JV) in Europe, on Monday announced the leadership team for the proposed JV.

According to a thyssenkrupp release, Andreas Goss, CEO of thyssenkrupp’s steel division, will be the future CEO of the planned JV, which will be called thyssenkrupp Tata Steel B.V.

Hans Fischer, currently the CEO of Tata Steel Europe, will be the deputy CEO and chief technology officer for the proposed JV.

“I firmly believe that the designated Management Board has a strong combination of industry and leadership experience needed to ensure a successful and sustainable future for the proposed thyssenkrupp Tata Steel Joint Venture,” said TV Narendran, CEO and managing director of Tata Steel. “This marks an important step forward in our preparations towards establishing the planned Joint Venture.”