This Morning in Metals: Trump Threatens to Close Southern Border 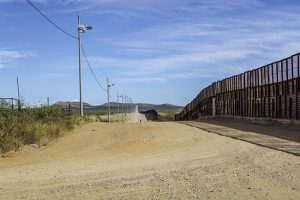 This morning in metals news, President Donald Trump threatened to close the southern border with Mexico, U.S. Steel was fined over $700,000 for air pollution violations and the LME copper price fell Tuesday.

President Trump intensified his stance on the situation at the border with Mexico, tweeting Monday that “Our detention areas are maxed out & we will take no more illegals. Next step is to close the Border!”

It remains to be seen if he will act on those words; however, such a closure would have wide-ranging ramifications, impacting both the humanitarian crisis at the border and, from a business perspective, throwing a wrench into supply chains.

Trump’s threat also comes at a time when the U.S., Canada and Mexico are in a holding pattern over approval of the United States-Mexico-Canada Agreement (meant as the successor to NAFTA). The executives of the three countries signed the deal during the G20 Summit in Buenos Aires late last year, but the trade deal must be ratified by each country’s legislature.

U.S. Steel was hit with a fine of over $700,000 over emissions at its Clairton Coke Works facility in Pennsylvania, the Pittsburgh Post-Gazette reported.

According to the report, the company was fined $707,568 over air pollution violations at the facility during the second half of 2018, elevating the total fines levied against U.S. Steel over the last year to more than $2.3 million.

In addition, supply concerns stemming from a protest at the Las Bambas copper mine in Peru eased upon the government’s offer of a deal to end the protestors’ blockade, according to the report.