This Morning in Metals: Coca-Cola to Sell Dasani Water Brand in Aluminum Cans 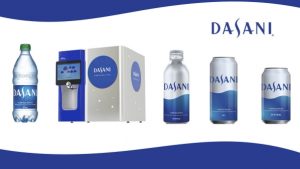 This morning in metals news, beverage maker Coca-Cola has announced it will shift to aluminum cans for its Dasani water brand, the U.S. Department of Commerce announced it found evidence of dumping of refillable stainless steel kegs from Mexico and China still plans to send trade officials to Washington next month for talks.

In an effort to reduce plastic use and increase the use of recyclable materials, Coca-Cola announced plans to shift its Dasani water brand’s packaging from plastic bottles to aluminum.

“Updates to DASANI’s packaging line-up are designed to reduce plastic waste and increase the use of recycled and renewable materials in the United States, while ensuring that all DASANI bottles continue to be fully recyclable,” the company said.

Under the beverage maker’s proposed “World Without Waste” program, it aims to produce make its bottles and cans with an average of 50% recycled material by 2030. The company will roll out the water brand in aluminum cans in the northeastern U.S. in the fall (and 2020 everywhere else), and aluminum bottles in mid-2020.

The U.S. Department of Commerce announced it had found evidence of dumping with respect to imports of stainless steel kegs from Mexico.

According to the department, the kegs were sold at less than fair value in the U.S. at a rate of 18.48%.

Last year, imports of the kegs from Mexico were valued at $13.4 million, according to the Department of Commerce.

Despite the recent U.S. announcement of tariffs on an additional $300 billion in Chinese goods, Chinese trade officials still plan to visit Washington in September as planned, Bloomberg reported.

However, according to a source cited by Bloomberg, China is unlikely to make concessions next month.