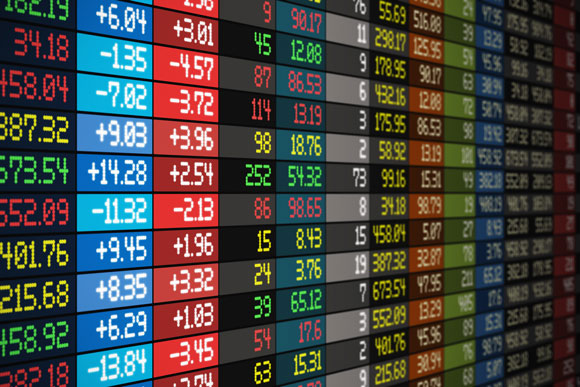 We are not stock market investors at MetalMiner. While we may hold shares, either as direct punts or as part of pension or investment funds, we do not consider ourselves stock market experts and, as such, rarely cover market movements unless part of a wider review of financial markets.

That said, few can have missed the wild gyrations U.S. stock markets — also mirrored in Europe and Asia — have been going through this month. Those movements might lead one to question whether this has implications for commodity markets in general and metal markets in particular.

Anyone who has attended one of our market seminars will know there are clear correlations between share prices and commodities, so it is not an idle question to ask whether this month’s falls are a correction or the early signs of an end to the bull market that has powered shares higher for some 11 years. 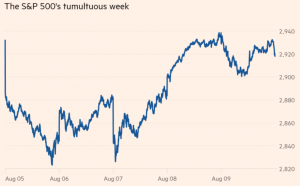 To answer that question, it helps to review why share prices have taken such a hammering.

The underlying fundamentals remain quite positive.

Unemployment is low — at record levels, by some accounts. Inflation is low and corporate profits remain robust (although firms have shown a worrying tendency to waste profits on share buybacks rather than investing in their business). That, maybe more than anything this year, underlines the issue: corporate confidence.

In the corporate world, for most the good times are continuing to roll. Still, there is so much uncertainty that businesses are failing to invest for lack of confidence those good times will continue.

Investors are likewise hypersensitive to bad news, of which there has been bucketloads this year with the U.S.-China trade war becoming less and less likely to be resolved this side of the 2020 election.

Although signs of a recession in the U.S. are weak, investors are taking every global trade setback as a sign that a recession could be just around the corner.

In reality, a recession is much more likely in Europe, where growth has stalled in the German engine room and the crew are mutinying down in Italy.

A mutiny by Italy is the last thing the troubled E.U. needs with growth stalling and Brexit about to hit the closest northern trading economies if, as expected, Britain leaves without a trade deal and has to revert to WTO rules in October.

Encouragingly, though, a recent Telegraph article gives some comfort that August’s gyrations are not the foretaste of a stock market rout or of the onset of a bear market for commodities, but simply a rather unpleasant correction.

Indeed, it’s a correction we should have been expecting if we look at history.

Quoting a study by LPL Research, The Telegraph reports August has been the worst month for equities over the past decade, with the S&P 500 down an average of 0.7%. Citing specific examples in August 2015, it was China that caused a rout, with a yuan crisis sending the Dow down by 1,000 points in a single wild trading session. In August 2011, it was an S&P downgrade of U.S. debt, which triggered a 5.7% fall in the S&P 500 over the month.

The paper goes on to observe that sometimes it is by a lot, and sometimes just a little, but the markets have been down during every one of the last 10 Augusts. For whatever reason, August is by far the most accident-prone month on the calendar and the one when you are most likely to see a negative outcome.

So, should we worry?

The current doom and gloom on financial markets are not the harbinger of a bear market (certainly not on current evidence). While there is not a lot to suggest a bull market is any more likely, the continuation of our sideways trading that most of the metals have been exhibiting this year seems still the order of the day for the second half of 2019.

PREVIOUS POST:
This Morning in Metals: U.S. to Delay Tariffs on Some Consumer Goods from China
NEXT POST:
The August MMI Report: Six of 10 Indexes Post Declines